There's almost no difference that I recall concerning the effects themselves between versions A and B.
I just checked the change log I wrote in the B's release (over here: https://www.moddb.com/mods/nali-weapons ... a-gore-sse), and it reads like this:

Features:
- Added option to tweak the lifespan of the blood “fog”
- Added option to disable the full body skeleton
- Added option to make the effects fully network-relevant (if someone is gibbed and you don't see it nor hear it, you won't see any remains once you get to the place if this setting is disabled)

Changes and enhancements:
- Corpses are now detected, so if you shoot a corpse, it will gib the same way as the player himself (this also fixes the gibbing with the Flak Cannon primary fire mode and others)

Bug fixes:
- Fixed blood decals in fog zones
- Fixed occasional glitch where gibs or a skeleton would appear but the victim body would remain intact
- Fixed occasional glitch where the victim would suffer a head explosion (headshot) but the head would remain (only in standard UT player models pre-Bonus Pack 4, the rest of the models have no “head-off” animation so those cannot be fixed)
- Fixed occasional huge slashes of lava in maps like CTF-LavaGiant and CTF-EternalCave
- Fixed the text localization of the menus, so they can now be translated to other languages

And since I never released a C version, that means that the one in NW3 is exactly the same without change.
However, if you detect a bug in the B version that can actually be fixed, I wouldn't mind to make a C release, but this is being used heavily in MH servers and whatnot, and a gore-related crash is incredibly rare over there as far as I could tell, although you may still get some rendering lag at times when you kill a massive amount of monsters in one shot.


OjitroC wrote:I've had quite a few crashes over the years (playing offline and using NW3UltraGoreSSEb) of the same type as this one 120#p66064 - to do with BloodTrails and CleanupDestroyed. I switched to Q3Gore for that reason but, reading through this thread, it seems that NW3UltraGoreSSEa may give rise to fewer problems and so I'm now running that - without any crashes thus far.

That may have to do with the massive amounts of actors that I spawn, from effects, decals, etc, which may mess up the actors lists and garbage collection at some point in the engine itself.
It's all client-side so it will never crash the server itself, but to fix that particular crash I would need to redo almost the entire thing so the effects and such would be recycled (including the decals, by detaching them from the walls and attaching them elsewhere).

No, if I recall it was a rendering crash that had to do with the decals themselves (similar to how very bright dynamic lights may also crash the engine).
The rendering pipeline of this engine version is incredibly fragile, it will crash with a lot of stuff: decals, dynamic lights, and even sprites/particles under certain conditions.

JackGriffin wrote:I wonder if this is a result of running the gore mod at too high a setting? I went a bit conservative because it's immediately obvious that the effects are increased and improved, so there's no great benefit in trying to push it way over to crazy.

Here's mine, a bit toned down from yours

I grep'ed back through my logs and I didn't see any obvious gore crashes.
So long, and thanks for all the fish
Top

JackGriffin wrote:Here's mine, a bit toned down from yours

Many thanks, I'll give those a try.
Top

From what I see, Jack has the multipliers set to 1.0 while yours were set to 2.0.
For some things this only affects the drawscale, for others the number of gore parts and such.

Also, you both have enableSlideBloodDecals set to True (which is the default value): this is what spawns most of the decals for example, by far, and is what provides the sliding blood trail effect on walls when the gore parts are sliding down.
So if you have any crashes or slowdown related to decals, this setting is the first to be unchecked, but then you loose those blood trails on the walls.

Hope this helps, Reports 1 - 3 is from DM-Pressure and the last three are from another map that crashes even faster while using UltraGore. 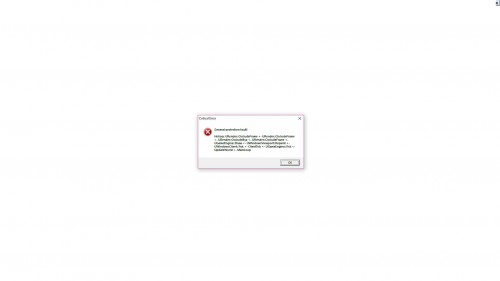 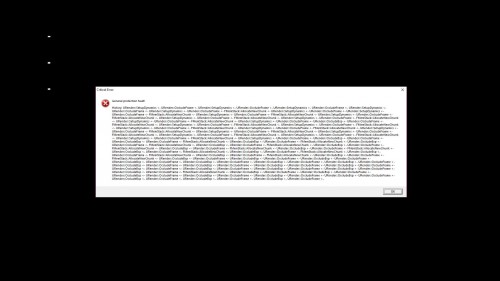 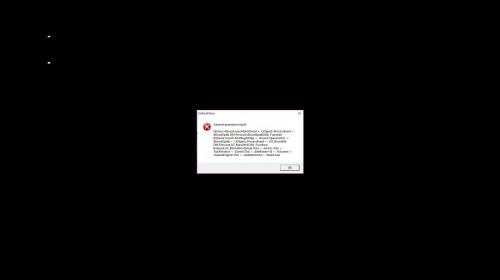 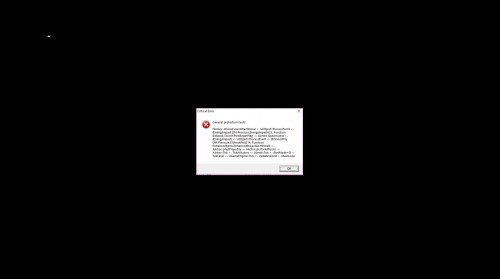 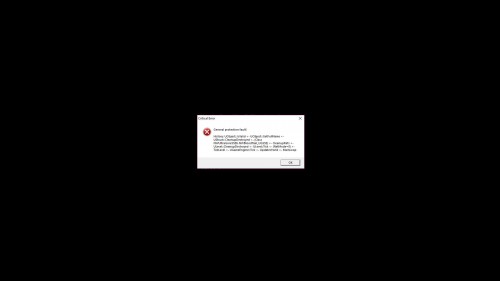 Yep, seems entirely decal related to me.
The most you can do to avoid it is to completely deactivate the blood trails on the walls (set enableSlideBloodDecals to False in the ini file).

The only consequence is that you will stop seeing the lines of blood as the gore parts slide down the walls.
It doesn't fix it for 100% of the cases (as long as you have decals enabled it may still happen, although far more rarely with this setting deactivated).

Feralidragon wrote:Yep, seems entirely decal related to me.
The most you can do to avoid it is to completely deactivate the blood trails on the walls (set enableSlideBloodDecals to False in the ini file).

The only consequence is that you will stop seeing the lines of blood as the gore parts slide down the walls.
It doesn't fix it for 100% of the cases (as long as you have decals enabled it may still happen, although far more rarely with this setting deactivated).

I've tried this but still got. 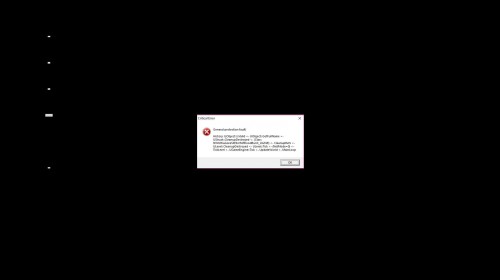 Emperor wrote: I've tried this but still got.

Have you tried using a different renderer? Which renderer are you using?
Top

Now I am starting to wonder which renderer are you using, UT version and if you're running any other mutator/mod at the same time?

Emperor wrote: I've tried this but still got.

Have you tried using a different renderer? Which renderer are you using?

Direct3D 11, But I tested different versions (Default, Direct3D 9/10) and still got the same result, crashes, then I tried without the Ultra Gore mod and didn't crash on whatever map I was on,


Feralidragon wrote:Now I am starting to wonder which renderer are you using, UT version and if you're running any other mutator/mod at the same time?

I'm using V436, as for Mutators, Relics/2, stuffswapper, who pushed me, xbots9, xmaps, relic hud fix, RTRelics, envyspawnprotect, u4eplayerclasses, BCC200, team beacons 2k4 along with Ultra gore, also using a ex friends Halo based rechargable shields and hud, but as I mentioned above, removing your Ultra Gore mod doesn't cause crashes on maps like DM-Pressure so I don't know what's happening.
Last edited by Emperor on Sat Dec 08, 2018 9:26 am, edited 1 time in total.
Top

A little tip when getting screenshots.
Crop to the important bit before posting.
The easiest way is to only capture the selected window. You can do this by holding the ALT key when you hit the Print Screen key

Looks like there could be a conflict with one (or more) of your mutators. You need to remove them one by one, play DM-Pressure and see if it crashes - hopefully you will get to a point where it doesn't crash and then you will know which mutator causes the conflict (if that is indeed the case). I would think it is unlikely that xbots9 and who pushed me are the source of the problem but for a complete test you should remove them sequentially as well.

The other question is are your UltraGore settings the same as those posted by JackGriffin earlier in this thread, except for having enableSlideBloodDecals set to False?

As a matter of interest what is BCC200?
Top

Yeah, there are some mutators in that list that could somewhat lead to this, although at first sight none of them sound like they could be potential culprits.

The engine itself has a lot of bugs that lead it to crash far more often than what people generally believe, it's actually unstable, almost like a beta version of what it meant to be and which Epic never really fixed, especially given that the base game doesn't really push the engine like mods like this one do.

Having that said, although it's always crashing with this particular mod, the crash could actually be triggered by any other mod, since it's actually easy to accidentally mess up with states and such of things to the point that they lead other mods to crash.
For example, if any of those mods is actually catching these decals or effects or so, almost by accident, and changing anything in them (a state, a property, whatever) they could lead the rest of the code flow to become unstable (this is why developers should make almost every property of their classes a private one, and have only methods for accessing or modifying them).

The only way to check if this is the case, is to run the game with just the gore mod and no other mods at all, and see if it crashes.
If it doesn't crash, it's a matter of adding each one of the mods back until it does, to check which combination of mods actually lead to these crashes.

If it does crash with this mod alone and no other mods loaded however, there isn't much I can do right now since the potential fix would require me to redo the entire thing from scratch, and I not willing to that right now.

The nastiest crashes I've had using UltraGore have been caused by being blown up underwater - I had one of these yesterday and not only did the game hang but my machine did as well and the only thing I could do was turn it off and back on. Perhaps I had the WaterFX set too high, anyway I've lowered that setting and wil try not to get blown up in water again.
Top
Post Reply
188 posts