ProAsm wrote: ↑
Thu Sep 24, 2020 9:05 am
Normal when someone changes the way a default class works, like XPickups, there is nothing one can do about it.
If you can post a direct workable link to XPickups I'll have a look see if I can do something.

XPickups is either included in the ut99 CMP.
Or if you prefer a smaller download: here is only the mutator included.
The .u files are identical.
Top

ProAsm wrote: ↑
Thu Sep 24, 2020 9:21 am
Looks like your version of UT is maybe different.
All coding is done for the free version of UT99 version downloadable from EpicGames.

I use the v469a patch that was released yesterday, on a Ubuntu 20.04 machine. The game files come from the Unreal Anthology DVD.
Graphics card should not matter, but it's a Radeon RX460 with the mesa drivers included in Ubuntu 20.04.1. In UT I use the XOpenGL shipped with v469a.
I did not modify anything except the inis and installed some maps und mutators.

I tried it differently:
I use the gog version and run it with wine. Patch v469a applied as well.
The icon counter works there, but the HUD is still messed up with wrong timer box and overlapping stats, see the screenshot (I play at 1600x900 windowed with the utglr OpenGL renderer there). I don't use EnhancedItems or any other mod except SSB. Maybe it's a Linux thing, so a bug in v469a? 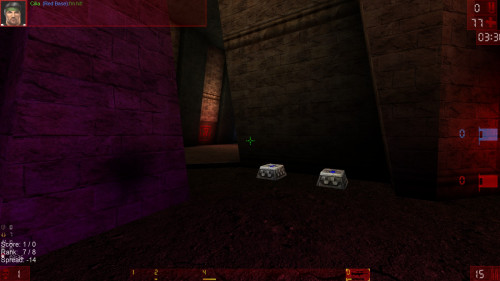 And one more little bug:
the amplifier counter breaks when you play offline with bots and press ESC to go to the main menu. The game pauses, but the counter continues until 0. Once you resume the game, it resets to 30.
Top

I have had several problems with Radeon graphics cards, as they do seem to be different to nVidia and Intel.
Unfortunately there is nothing I can do about it as I use nVidia and my spare PC has an Intel.

Regarding the HUD messup, well I have completely changed the way the Powerups are displayed as far as the code is concerned, but the top timer is still the sam although I will have another go at it tonight as I hope to release SSB101n tomorrow or soon after as I have made a lot of changes.

Yes note on the counter continuing, it does that too if you die, although that I have fixed now but pausing the game, mmm that is a tough one.
You see what happens in UT itself as well as other Mods that show the countdown, they share the Invisibility Timer so if you pickup a Invisibility while you have the Amplifier, you loose the Amplifier counter.
What I have done is start my own 30 second counter so you can see both Amplifier and Invisiblity at the same time.

Thanks a ton for the inputs.

** Edit **
Regarding the XPickups, I installed that today and checked it out, pretty cool and works fine with an ordinary map, except slightly different armor amounts, up to 180 although UT caps it at150, whereas SSB allows the 180.
Should I cap it to 150 as well ?

** Edit 2 **
Ok I discovered something of interest with XPickups.
You must run XPickups (XPickups.XPickupsMut) BEFORE SmartSB101 else if you run it afterwards then nothing shows.

Having a screenshots day, too hot to do much else.

Downloaded latest version of the score board mutator, started up a game.... and UT exited itself.

Removed the smart score board from the mutator list... and everything played perfectly fine.

tried to replicate your problem , copied all files into System Directory , open UT went to Start new Practice Game , added SmartSSB101n to Mutators
started game.. all went fine (no crashes). SSB worked without a hitch.
tested in both 436/469 versions.

the smart seems to me that it doesn't work very well in conjunction with this mutator, could it make any improvements?

who knows integrate this mutator to smart...

I liked the changes from version M to N, it was very good

have you tried; SmartSB101.ini the following settings;

discovered the problem, the mutator creates an ini on the client with the default configuration...

I liked many of the children of this mutator it would be good to integrate the sounds..

another cool sound to integrate would be, denied for warhead...

Requesting flag timer from rexextend mutator incorporated into this please and thankyou! this shows the count down until flag is returned when dropped.
https://www.vulpinemission.com 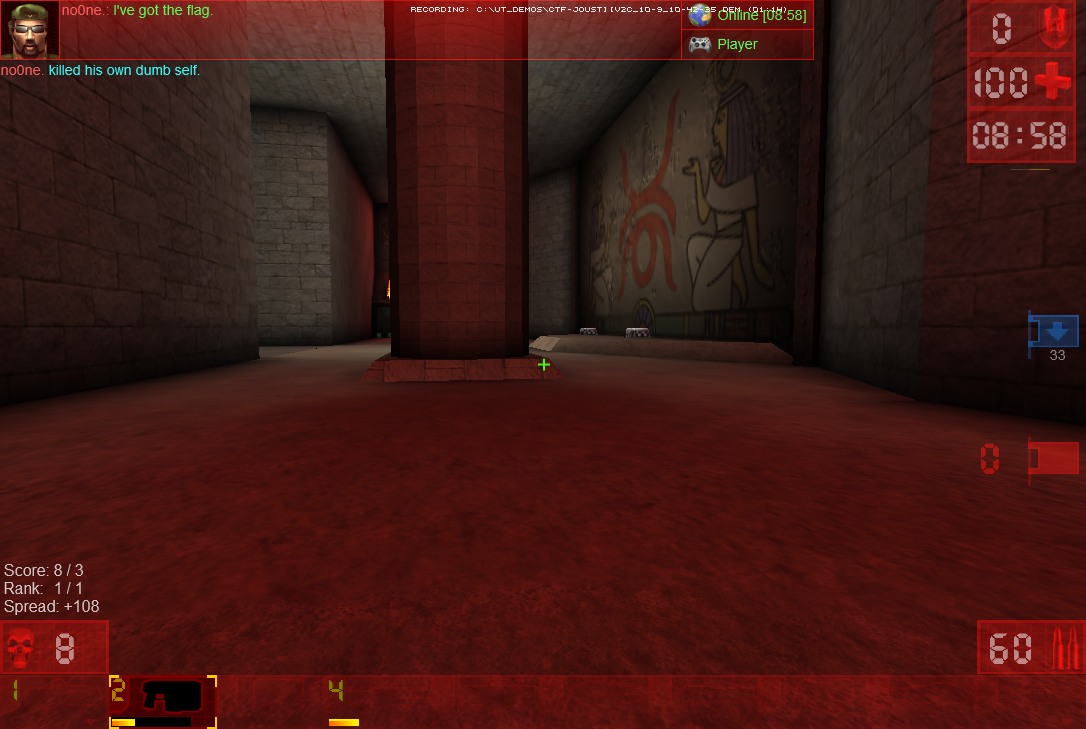 Thank you! IS this on the next release or does it need to be enabled?
https://www.vulpinemission.com