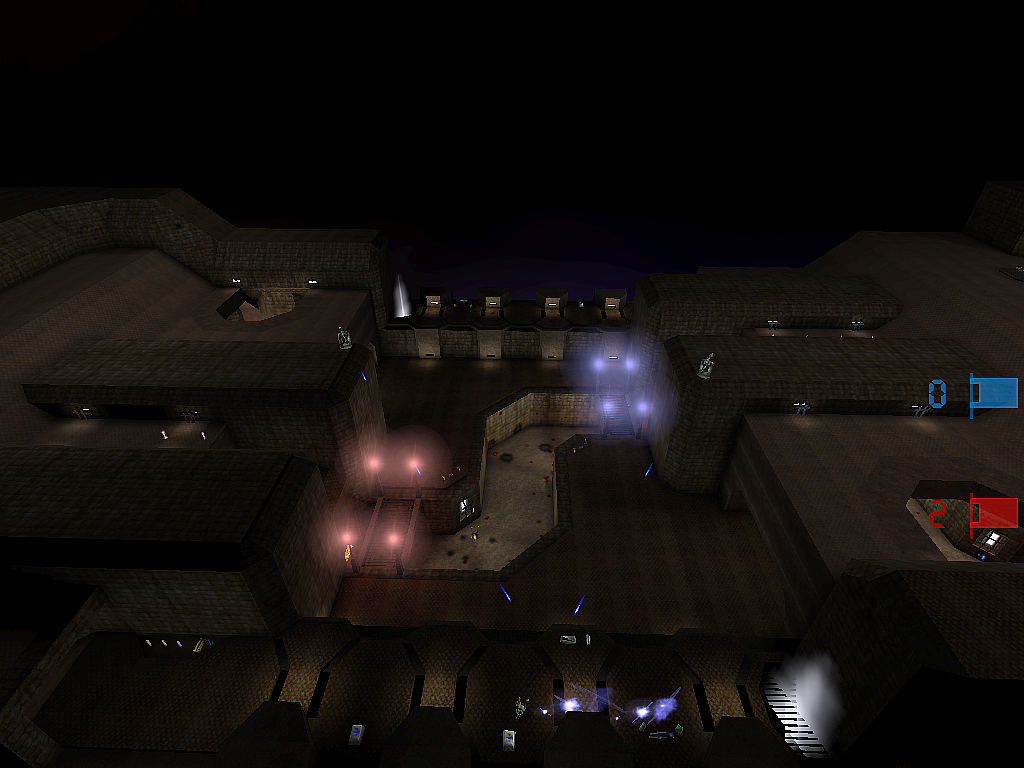 · There was an entire base built around the Red Flag but there wasn't one around the Blue Base, so I removed that.
· Weapons placements needed to be slightly adjusted due to bots getting hung up on those.
· Red Team bots never left the Red Base, Blue Team Bots would get to the Red Base but never leave; Nelsona fixed pathing.
· The environment around the playable area was too cubical, ANUBITEK rebuilt the skybox
· Added ut2k4 cannons to the middle area of the map, on nobody's team to setup a sort of killbox for all.
Red Base is a bit more brightly lit, and I could've fixed that but decided to leave it as is.

This map has multiple levels: above, below, and middle.

It is big enough for SLV/RX for exceptional pilots, there's redeemers above each base.
Usual Suspects:
.u - /system
.unr - /maps