Tutorials and discussions about Mapping - Introduce your own ones!
24 posts

CTF-XV-Arcade][Blocktastic]-Rev2v5.7z
You do not have the required permissions to view the files attached to this post.
Last edited by Buggie on Sat Dec 10, 2022 12:30 pm, edited 8 times in total.
Unreal Tournament v469c - Release public released!
First Vehicle CTF server for UT99

Are the gold things jump-pads?
Can the vehicles jump??

Also, why no "XV" prefix in the filename?
http://unreal-games.livejournal.com/

Yes to the first and for the second, best to try that for yourself

Interesting map - it does illustrate some of the problems with the aiming/firing of the vehicles - the crosshair and red dot are often not aligned when firing downwards (from a height or down a slope for example) and so it is difficult to hit targets in those circumstances. This is a particular problem for the CybotHelico when attacking ground targets from a height or when attacking targets on high buildings - sometimes projectiles follow the centre of the crosshair and sometimes they follow the red dot - which is not to say, of course, that they are not fun to use.
Top

This error can be only in one case: you use XWheelVeh.u from version before v1. Or v0 or even original Ferali demo.
So you need reinstall xvehicles latest version with replace all same files.
Unreal Tournament v469c - Release public released!
First Vehicle CTF server for UT99

Buggie puts out updates fast, think it was at Version 11 start of this week but last night 14 was out, and 15 this morning.

Interesting map, let the bots have a go: 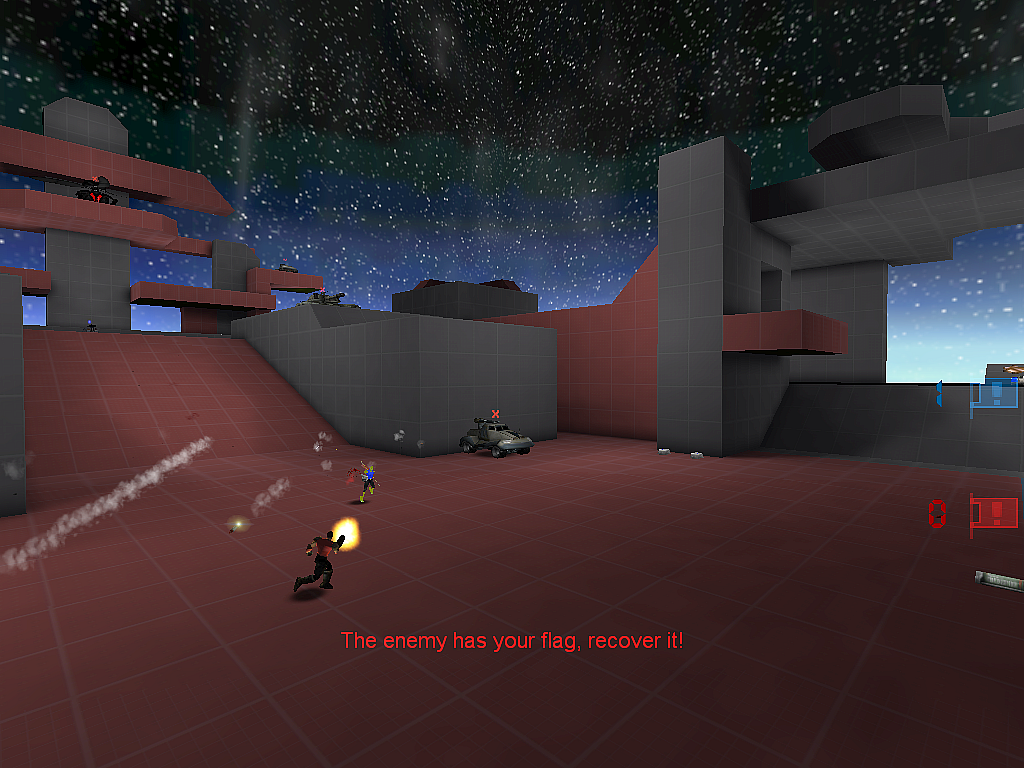 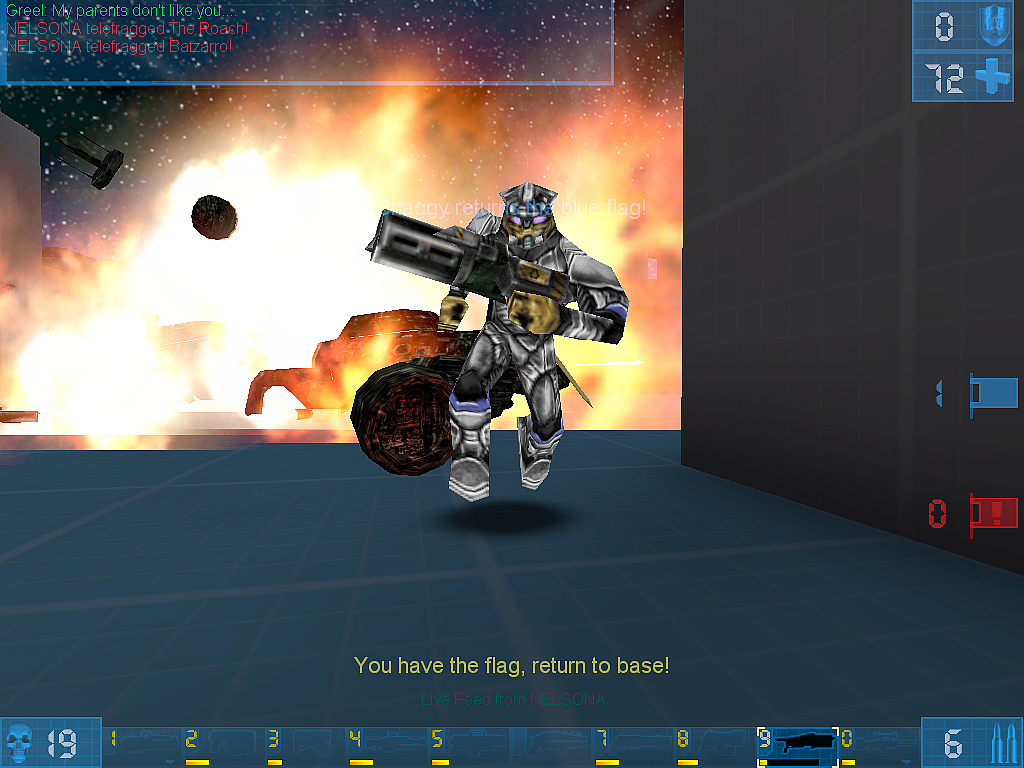 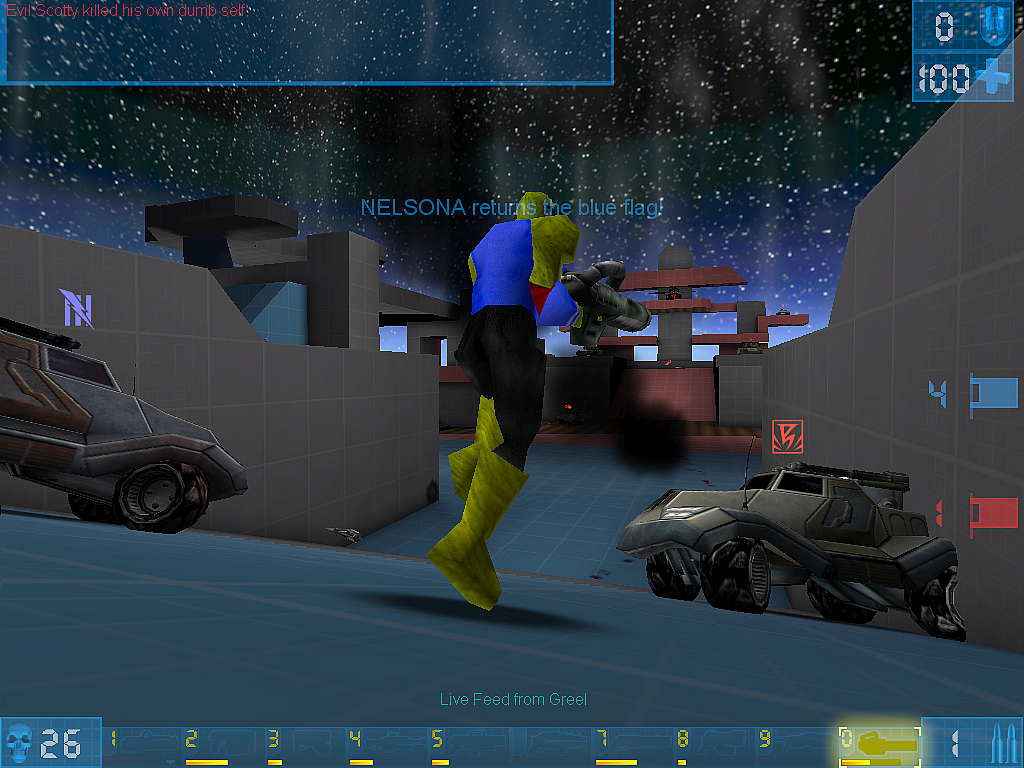 · Use of the whole space.
· Bots drive well, get in and out of vehicles; lots of traffic jams.
· v14 brought back the ability to kill players by running them over.
· Bots never use tanks or helis, mostly as they don't goto where those are... which is just as well as I don't think they fly too well.
· Overall "atmosphere" of the map gives it a nice feel... 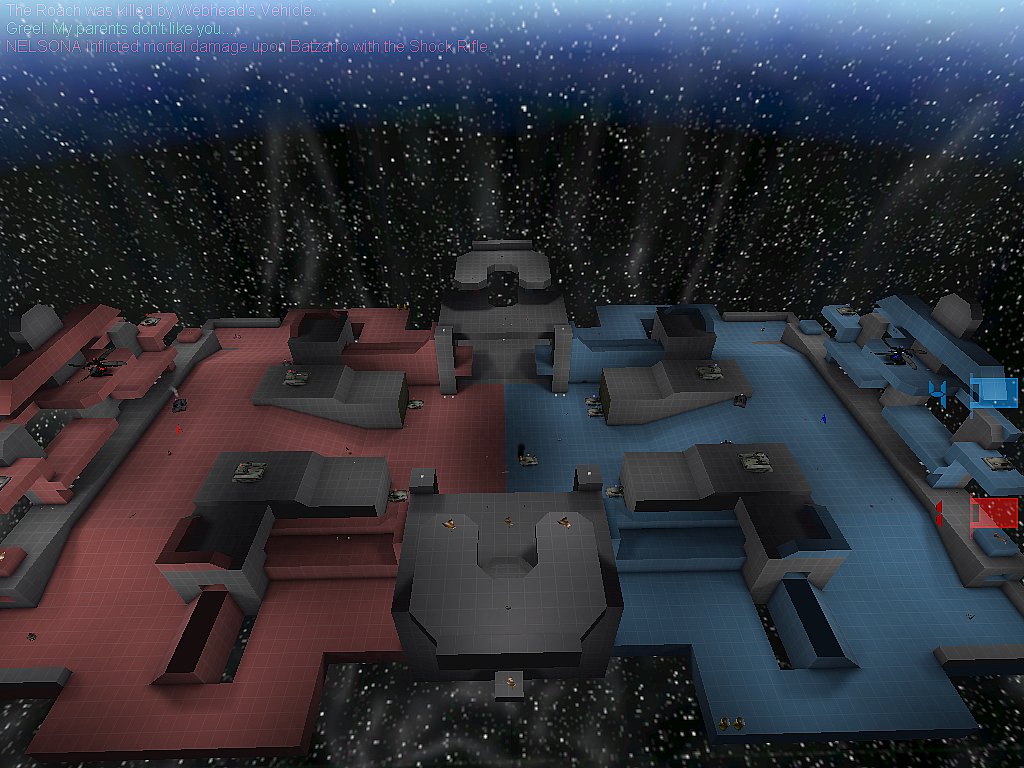 ...most space platform type maps other than the stars and asteroids, plus the occasional planet or moon, don't have anything around them. SciFi geeks tend to note the lack of forcefields but don't make a bit deal about it... but this one you can see a field surrounding the play area, supposedly to keep the breathable atmosphere in. 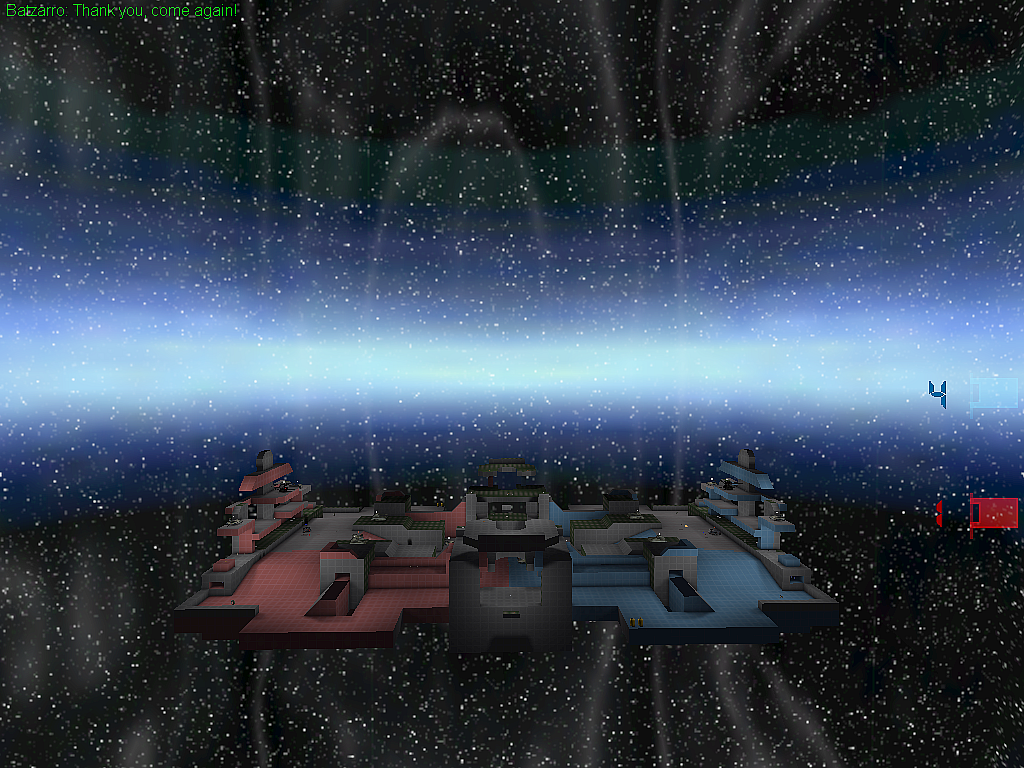 It also gives a nice perspective for how much flying area there is for the helis, you can get out there quite far.

Only problem with the helis I have is aiming, and mostly I kinda wish they were similar to the RocketX, an actual 1st-person HUD/perspective. As players' view is above and slightly behind the helis, even with the targeting visual aiming with that thing is not easy.

I do the latter, periodically.
http://unreal-games.livejournal.com/

Sad i did not see this one before yesterdays FFN!

Is it by design that the tank does not get damage when dropping of the block?

Really nice skybox! Not the easiest to get around on higher levels of the map, but had a blast with the vehicles in this one, nice job

Shot00000.jpg
Shot00001.jpg
Shot00002.jpg
Shot00003.jpg
You do not have the required permissions to view the files attached to this post.
Unreal Tournament v469c - Release public released!
First Vehicle CTF server for UT99

Actually, you didn't do that right... by which I mean you did update but now the link in the top post goes to an entirely different forum and the map is the same name but it's VCTF instead of CTF.
http://unreal-games.livejournal.com/