This forum counts 2 people as being HE WHO MUST NOT BE NAMED and one of the two, known for being a serial cyberstalker, got fixated on me for a bit but lost his taste for it when he worked out I found him more pathetic than threatening. Most of his attacks were ridiculous, but he did focus on one thing which was no more effective but he made such a stink on it he seemed to feel it was a big deal.

My screenshots of the UTDMW I use. Said they were great evidence that I couldn't handle transparencies correctly.

He was wrong of course, though I did a write up on it to clarify. This is the simple version: 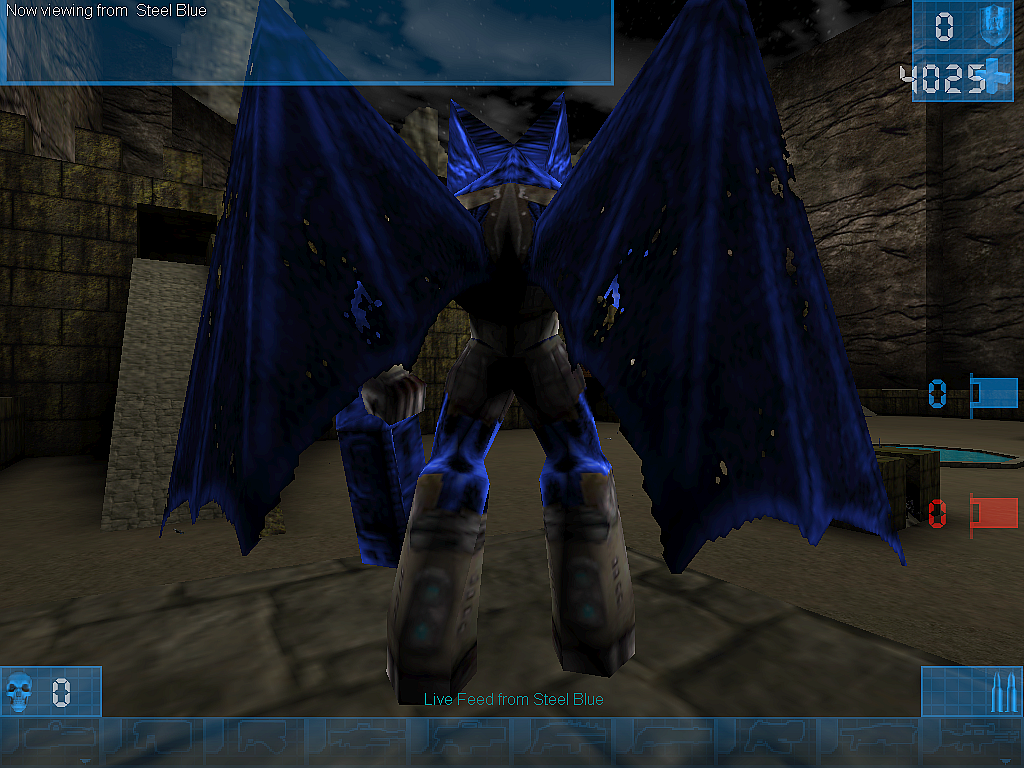 I handle transparent fine, but they're really only evident before I take a screenshot. The moment I take a sshot... 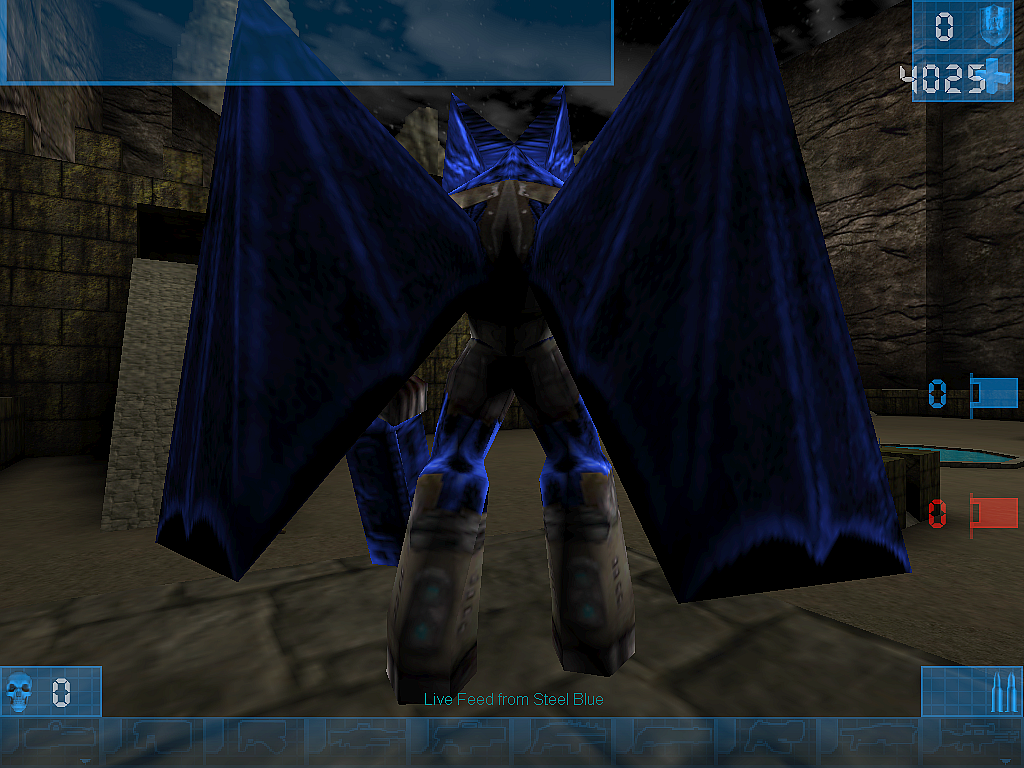 I reasoned it had more to do with my current graphic setup (D3D Support) than a flaw in my skinning. That UT recognizes the blacked portions of the skin in particular places as being see-through, but taking screenshots caused those to look black. Much in the same way with blue on the Warlords' wings was UT's original default color for recognizing those parts are supposed to be clear.

Fact is I'd almost worked the kinks out of creating an invisible player skin... but that's getting tabled for now due to this.

Yesterday was the first time in a LONG TIME that I actually opened up UT to play it. Mostly been working directly off map edits, and only launching them to test them by double-clicking on the map file. Now, to a degree I was aware that launching a map that way excluded all options selected under mutators, so no xbots & no oldskool & no map randomizer. UT launched right from a map only used the most basic settings... but yesterday I opened it up to play the game normally when I noticed a problem. 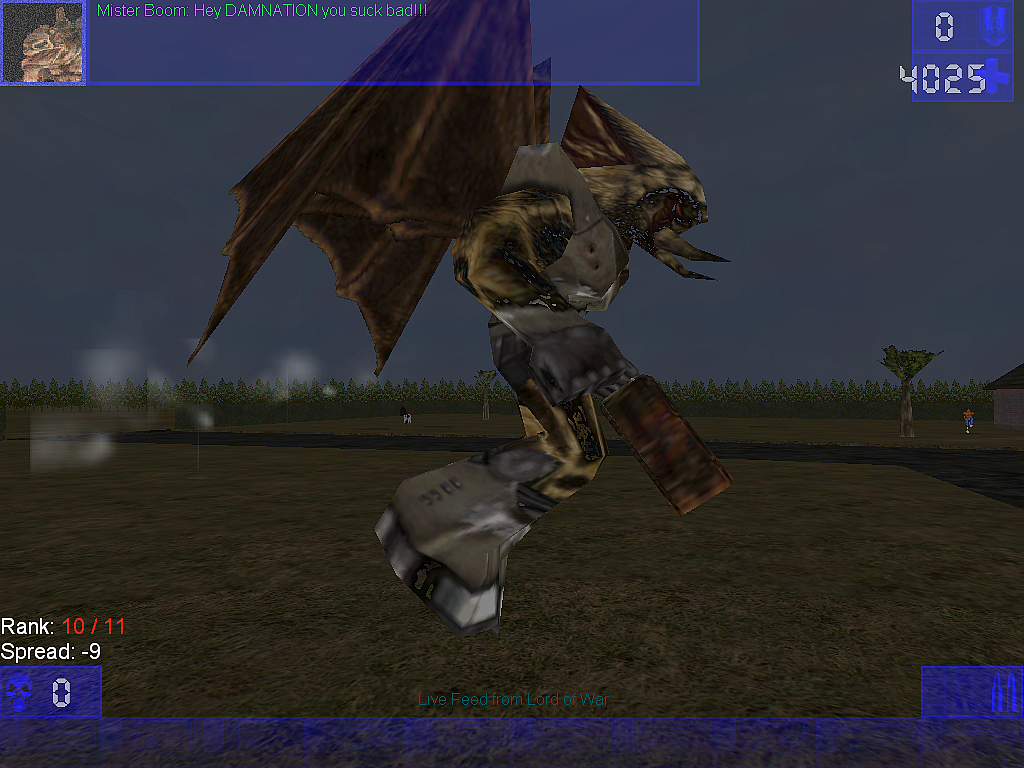 You see it, right?

This one's a bit more clear: 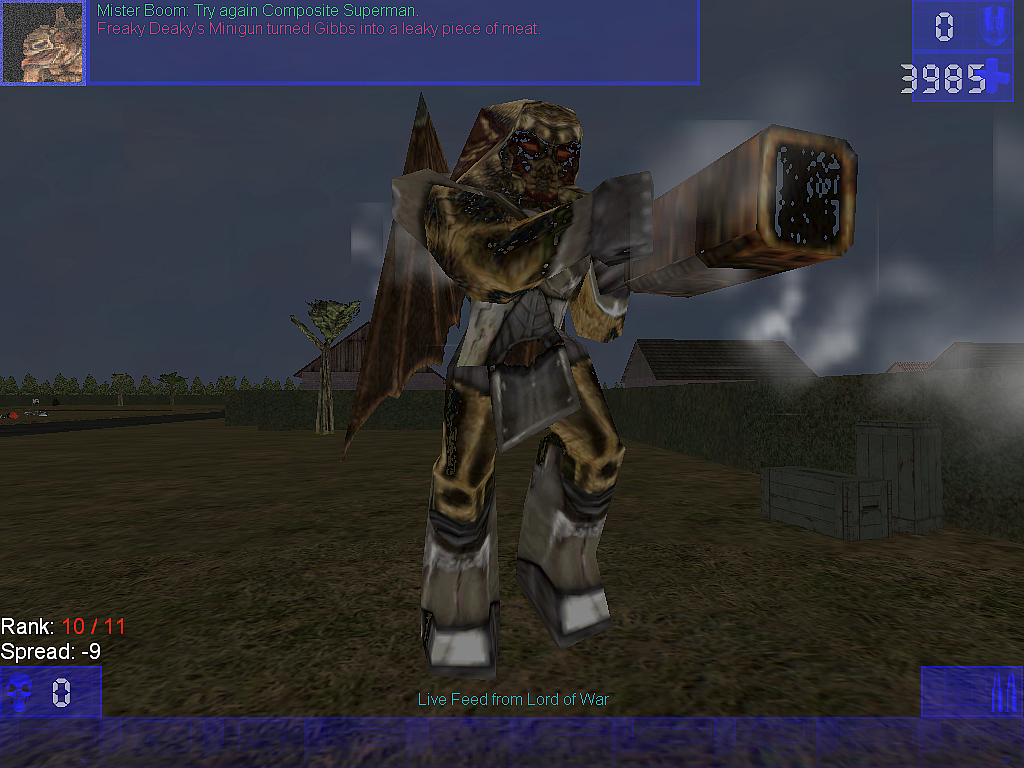 Multiple parts of the skin, specifically the parts that are black, are see though. Not just the wings, which actually looks much better this way, but all over the skin. You can see what's behind the Warlord in its face, in its belly, and in its gun.

This is UT woring under my normal graphic settings, which I hadn't really looked at in a REALLY long time, but I don't recall it doing this WAY BACK when.

Curiously, even with the ones having black skins, this isn't happening with the UTDMT/Titans.

So... if launching from a map is what kicks in ut99's default settings, which this rampant transparency isn't occuring this much, then why is this happening with UT's full settings? 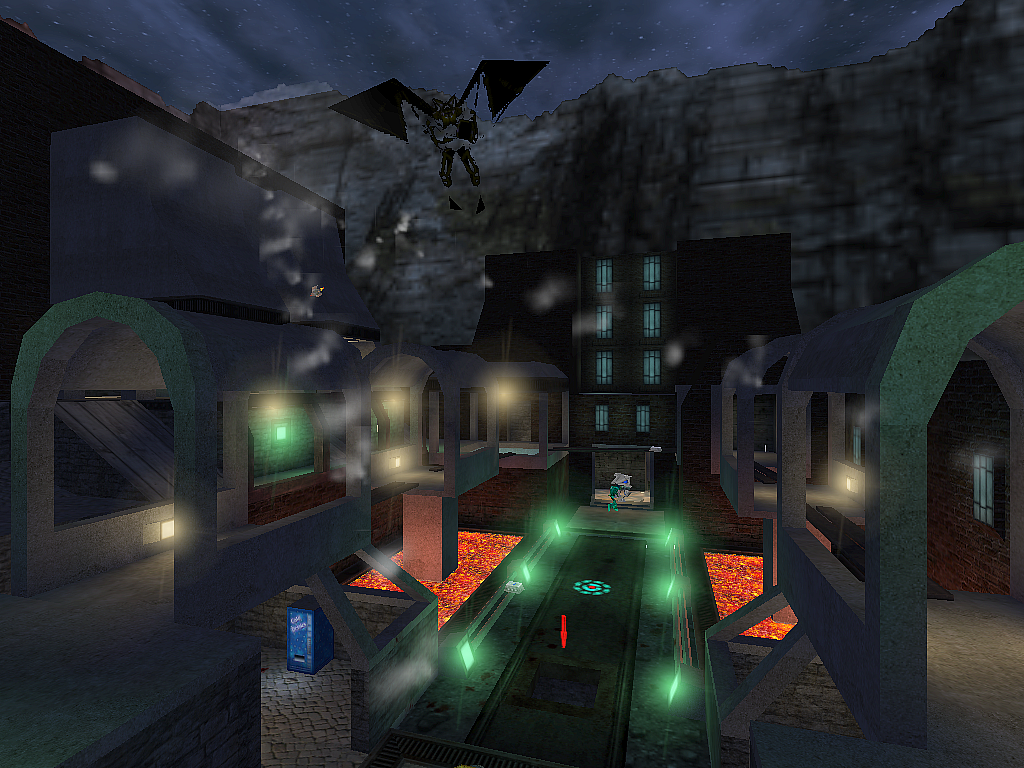 ...otherwise I'm going to have to do some serous editing to a LOT of Warlord skins.
http://unreal-games.livejournal.com/

This issue is caused by patch 451.
Top

That's an oversimplification, and not helpful as I don't have 451. I didn't get any of the upgrades after 436 years ago... 451 seemed unnecessary.

Curiously I switched to playing Domination after I made the post up top, and now the problem is gone. Which prompts a new question, do different gametypes use different aspects of the graphics?

This problem started when I played LMS and stuck around from switching back to Deathmatch & CTF... but I then spent a whole day playing DOM and now everything's back the way it was before.

Is there something especially different about how Last Man Standing handles graphics??
http://unreal-games.livejournal.com/

Back in the day I used different monitors and different setups and OS'es.
Here my finding - regarding default and original settings....

I'm not sure if this helps or not - don't flame at it or me particular.

On classic "'old' screens with a "butt" the default is always 800x600 resolution, 16 bit color - Software rendering - if you hardware could handle it - 32 bits color

The colors and experience and handling of what you saw, and still see is still depending on your hardware and proper drivers.
This member can only post when permitted.
Top

If you want to see what the differences are between starting UT by running UT.exe and by clicking on a map - first start UT from the .exe and then close it down, copy the log and put it somewhere off the UT path. Then start UT by clicking on a map and then close it down. Open the UT log and compare that with the copy of the log from the first step and look for anything different between the two logs (particularly at the top where it indicates the renderer being used and possibly some of the settings).

You can also do this to compare what general renderer settings are used when playing LMS and DOM.

I assume you have just one copy of UT? If you have two (with different paths) perhaps one runs when starting UT from the UT.exe and the other when clicking on the map - in which case each would load the settings from the respective UT.ini and these may be different.
Top

the video defaults are in the file Default.ini
However if you use any of the newer renderers the defaults are not there.
You can use the advanced preferences window to reset anything listed in the defaults file by right-clicking.

To create new defaults for new renderers first remove the related section from the main, ini if there.
Next open the advanced options window and change any 1 of the options in the section for the renderer then back to how it was.
This will add all the missing config lines to the main ini.
Now you can copy and paste this to the default.ini

No necrobumping or anything, but whats the map in the screenshot up there?
Top