Regarding my previous post, i'm just joking around there

That is my work, if it does not say FraGnBraG on it somewhere, then that's unfortunate - BUT - I realise as a mapper of many years that once you publish something (heh, with or without brushes) people will "mod" it. Which I think is okay - Some mappers get real pissy when people do that, but the basic principle of UT (and other games which provide an editor and access to game assets) is that the community owns the content, not individuals (in fact, if you read the fine print from UT it's actually Epic that holds the "rights" to all content made with the "free" editor). So there will always be two camps - community ownership vs individual ownership.

What gets me slightly annoyed is people that take a map that is a big piece of work (like this Trek BORG map) and don't indicate the origin or credit the author, giving the impression it's their own work. I don't care too much really, as i provide brushes etc in all my maps now so other mappers can both learn some things and also adapt the maps as they want. What's really funny are my textures, lol - some have shown up in the strangest maps (and the mapper didn't remove my watermarks

I build that as a DOM map over several years, beginning as a contest map in 2003 (the map's story/history is detailed on my website). It's more of a celebration of that TV show, but the ship is "to scale". Anyways, at the time I could find no BORG skins, so I used those other ones because they were approximate...

Free for steal ticket for Kaal.

I can not really agree with you. I saw it in the BT community, some people are cheeky enough to steal other mappers maps even without to change anything, just to put in their name as author.

You can not really equalize a modding community with communism. I mean, the only thing "we" can get for our work is acceptance, we do not get paid for anything .. obviously.
Yes, we all are doing for each other as community, but it does not change the fact that I am responsible for my created content. For stuff I have used myself from third party modders or the official game developers, of course I do not need or do not want credits for. But for stuff I created and get used by others (permission?) I really want credits for. No matter what, but this is a question of decency.
About to be non-active
My very last UT map project: CTF-FacePalm (tropical CTF-Face remake)
Why do I leave? click here
What I want to do next: Joining an UDK team (uncertain however) and improve 3D modelling and texture editing skills
Thanks to those who visibly supported me until/at the end!
My reactivated account on indiedb.com.
Top

Don't get me wrong - I am not condoning "stealing" the work of others. I believe the decent thing to do is to ask for permissions and give proper credit to authors - If you choose to PUBLISH a modded map to the PUBLIC. This is what _I_ have always done and (somewhat unrealistically) expect others should do also. Fact is many "modders" don't give credit, or don't think they have to. That's an attitude thing and has a lot to do with the internet in general. They feel the content is there for them to consume as they wish, regardless of where it came from. I do not agree with that attitude but accept that is the way people behave, especially nowadays. I like making maps, textures, and music etc, and if someone wants to use the stuff after I have published it, well alright - credit is nice (and shows you are a decent individual in recognizing my hard work) just don't claim it as for your own, implied or otherwise. To put your name on someone elses work is LAME behavior. Unfortunately, for those of us that provide content, there is nothing we can really do to stop LAME behavior other than shout into the void when we see it. Will that stop it? No. but regardless, It's not going to stop me from publishing maps.
-=FraGnBraG Level Design=-
>>>Band-Lab<<<
Download: CTF-DMU-ClusterFkk
Top

Creavion wrote:You can not really equalize a modding community with communism. I mean, the only thing "we" can get for our work is acceptance, we do not get paid for anything .. obviously.

I'm gonna add my two cents on this subject. Acceptance? what's that? I've made hundreds of voicepacks for UT and 2K4 since '99, and have only ever gotten a handful of reviews. Acceptance?

As far as getting paid, it would surely not be enough and besides, when it's work, it's not as much fun. In my readme files, I ask for credit - but don't expect it. Frag made a good point when he said it all belongs to Epic anyway.

When I ripped Karl Urban's voice from the Doom DVD for my "Doom" VP, I didn't give him (or Universal Pictures) credit. Should I have? I bought the DVD, so do I own the content on it/in it? The guy downloaded Frag's FREE map. Does he own the content?

I agree with Creav that outright ripoffs are wrong, and the perps should be called on it. Modding someone's free stuff though....I dunno. Maybe it is communism.

Also, just this: NOT everything belongs to Epic. Only the things done using their own software or resources are, mind you.
Meaning that, if you make a texture or a model or anything else using a 3rd party software, unless you actually use it in a map (compiled unr package) or a mod (compiled u package), it belongs only to you and you alone, no one else, and even when compiled, if Epic takes your project and asks you the source or original files, you have absolutely all the rights to say NO (the ones 100% done by you of course, any "modified" resource from Epic belongs to Epic of course, but even in this case you only would have to give that small set of files, not everything), because the source belongs to you and you alone.

As for my personal motivation, I simply enjoy doing what I do (creating new things and giving new experiences to everyone) and I want the game to live longer with new stuff. Personally, I share what I do, meaning that I finish my mods, then whoever wants to take content from there (skins, code, effects, models, whatever) is "generally" allowed to without having to contact me directly (notice that I emphasize the "generally").

Anyone with *original* stuff is free to "lock" it and take the stance "don't modify it please, at least without contacting me first" towards the *community*.
And at least I respect that, and if a developer says to me "don't touch it", I won't, even if I could and even if the "law" allowed me to.
This my friends, is called RESPECT, and is what keeps the world in enough order to progress and evolve, because we're all different, but try to bid by the same values, you break that, then there's nothing left but chaos, which means that in this case the community is no more.

You may not agree with locking or asking permission or giving credits or whatever the author asks you in trade for using his/her stuff, but if you don't respect it, you're one step closer for development for anything to simply shut down. Whatever the motivation, truth is you all use them without thinking on it, and fact is it exists at all because there was a motivation to begin with, whatever it was, where the author thought it was worth, and if we don't respect that, say good bye to more than half of all the projects open-source or free in the entire world, and say hello to more paid-only independent projects.

well said... I'd like to apologize guys for derailing the "screenshots for fun" thread (obviously not the right place for such a discussion...) i always have a

moment when I see one of my babies in different clothes... 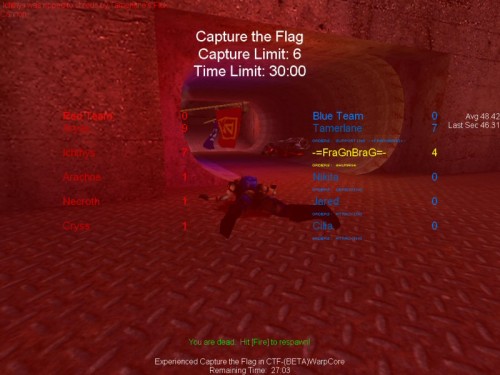 Seeing as we're now off-topic.
I make it quite clear with all my free work; written word, art, photography, or music, that it is released under a semi-restrictive licence, that allows and encourages derivative works.

Anyone can find a licence that suits their need with the Creative Commons licences.
http://creativecommons.org

@Todd: You did not understand what I said: of course you are responsible for these voice packs. I do not think somebody has simply stolen your work so far, just to release it under his name then? This is what I am basically talking about. E.g: I would need a voice pack from you, the credits would go to you. Simple as that. But for some idiots thats a problem already.

I take this credit stuff very serious for myself. Check our my readmes and you should be able to backtrack any stuff which is not created by me (mostly meant modders of course). I always credit these modders from which I use their work. It does not matter to me, if they are not even in the UT community. I do not intend to rest on anybody else laurels.

The other thing you most likely meant is: 10000 thank you`s for each of your release. We all know this is unrealistic, at least nowadays. Nobody can expect something like that (in the UT community).

So our situations are somehow a little bit different: I am releasing mapping stuff which is somehow content for possible other maps. You, from what I know, would belong to the other group (Mutators, voice packs...). This stuff is "simply" used ingame, rather being used for maps itself ... mostly.

For anything else: Frag`s and Feralis previous posts!
About to be non-active
My very last UT map project: CTF-FacePalm (tropical CTF-Face remake)
Why do I leave? click here
What I want to do next: Joining an UDK team (uncertain however) and improve 3D modelling and texture editing skills
Thanks to those who visibly supported me until/at the end!
My reactivated account on indiedb.com.
Top

Well, you got me curious...

FraGnBraG wrote:What gets me slightly annoyed is people that take a map that is a big piece of work (like this Trek BORG map) and don't indicate the origin or credit the author, giving the impression it's their own work.

...so I decided to go check real quick. That said, I still think this map would be nicer with Borg drones in it. hmm... i'm curious -- who's listed as the author in the menu selection screen of that CTF4 conversion of my DOM-FNB-Assimilated map (the one with the ship inside the borg cube?
-=FraGnBraG Level Design=-
>>>Band-Lab<<<
Download: CTF-DMU-ClusterFkk
Top

FraGnBraG wrote:hmm... i'm curious -- who's listed as the author in the menu selection screen of that CTF4 conversion of my DOM-FNB-Assimilated map (the one with the ship inside the borg cube? Back to some silly fun. 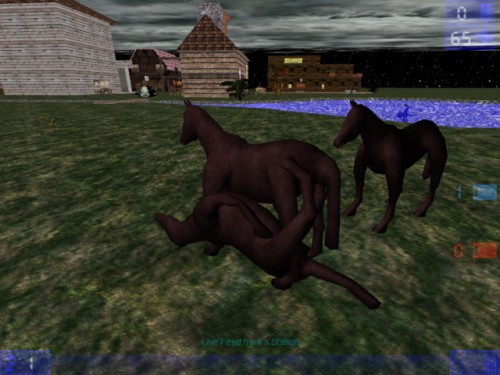 1. Is it a strange brown dog/horse/living piece of shit.
2. Do they f*ck each other?
3. Is the one on top standing on hus nuts?
4. Is the one to the right enjoying the view of that thing?
5. Is that a squid in the water?!