Do you remember the little and not so detailed story I wrote on my first post? (For those who are just having a temporary amnesia: https://www.ut99.org/viewtopic.php?f=32&t=6415)
No, I'm not gonna write all the details of that little story, but I'm going to write down its sequel. Yeah, it has a sequel!

Let's talk about those 6 servers I hosted somewhat as a revenge:
I made them able to be shown on every gametype list, they had the current players always to the max, the name of the server and map starting with the 000 ASCII character, it autoset itself as first prefer server and some other "bastard" stuff.
Obviously, all the community were viewing these servers and, after some time, a friend of mine that own a server over there, asked me if I could of remove the 6 servers or at least leave only one of them. Well, he is my friend and I didn't want to hurt his feelings and the feelings of anyone from his server, and so I decided to close these 6 servers, and just put one, that was not so "bastard" (and, anyway, I didn't want to hurt feelings at all .o., not even of the other server and of all the community).
This server was called "DON'T LET THE ADMINS ABUSE YOU", Why this? Cause you know... ...there are many admins(and not just admins) that abuse of their community, in this case, they abuse of the players in their servers.
Problem is, that no one ever tried to wake up the community about this. Servers are few, populated servers are even less in the Unreal master server lists, and that's why, players prefer to lose out and let the admins or whoever abuse of them.
And so, this is why I made that server.
Now, I just wanted to express a meaning, but how could a server itself, express a meaning other than with words?
But with a map, obviously :3 What's better than art to express a meaning?
Before I explain you how the map was, I will tell you what I think about being a mapper, and why not, even a programmer.
When I think about programming something or making a map, I always see it like you're creating the matrix, like you're a god :3 I always like to see how people react when they find out you're a mapper or a programmer, or even when they, even if it was obvious, find out, for the first time, that mappers exists and programmers too. I know it sounds weird that a person never though about a mapper role or a programmer role, but well, it's the truth. I like to see how they are so surprised and fascinated, it's like they find another world, they discover there's someone who made it, and they feel like they are in a matrix, that's how, usually, a mapper or a programmer starts to be a mapper or a programmer.
Anyway, The server had only one map, it was more likely a redirecting server.
The map consists in a small room, inspirated by the room where Morpheus lets Neo to choose between two pills, the Red and the Blue ones, from the first movie of the "The Matrix" serie.
For those who never saw the first movie of "The Matrix", if Neo would of choose the blue pill, he would of forget anything of what happened in that room to come back to the routine life without knowing what's behind the system, if Neo would of choose the red pill, he would of finally discover what's behind the system.
Plus, for those who never saw the first movie of "The Matrix" I would personally recommend you to see it, it's rly interesting

In the map, you impersonificate the part of Neo, you're "sit" on a chair, and you can't move anywhere, thanks to a script I made, after a dialogue with Morpheus, you can choose one of the metaphorical pills, by pressing Left mouse button(Red Pill) or Right mouse button(Blue Pill). If you choose the Blue Pill, all the world will becomes in wireframe and you will be redirect to a website I made with some php GET parameters, that explains some stuff. If you choose the Red Pill, a Titan will kill you and at the moment you die, you will be disconnected from the server.
Is there another sequel? Who knows? :3 (except me XD)

The server is not running anymore since some months

But I hope some of the Unreal community, don't play servers with admins that abuse of them.

(No mutator needed, the dialogue is inside the weapon XD)
p.s. DO NOT PRESS ESC! LOL

(Idk why to put a screenshoot, but someone asked for it so go for it: 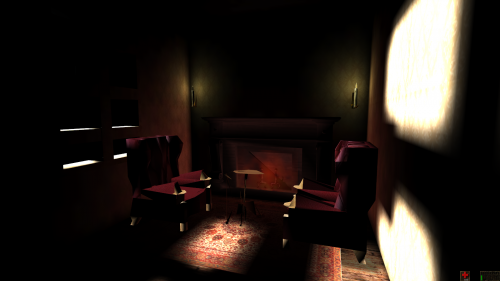 [The extension utx has been deactivated and can no longer be displayed.]

Last edited by PrinceOfFunky on Wed Nov 04, 2015 2:50 am, edited 4 times in total.
"Your stuff is known to be buggy and unfinished/not properly tested"
Top

Take the purple pill; mash them together!
http://unreal-games.livejournal.com/

Well, it was a map I made 2 or 3 days, and so it wasn't so cool D: But I put the screenshoot now anyway ù_ù

That wasn't a good moment to do a parody but lol...

You know what I think now? I made a script for that map where at a certain moment, a text appear, maybe a more portable version would be cool to make some custom dialogs like on some game missions

believe me, take the Blue Pill ! Nah thanks, I don't need it

But, anyway, only we italians could of do that joke XD
"Your stuff is known to be buggy and unfinished/not properly tested"
Top

"Choice is an illusion, created between those with power, and those without."

Metalfist wrote:"Choice is an illusion, created between those with power, and those without."

'Still want to mash them together?
You will never be able to live a normal life again ...and die early ...but you'll die happy.
It's your choice.
-=: http://jokercologne.deviantart.com/ :=-

PrinceOfFunky wrote:But, anyway, only we italians could of do that joke XD

nope, I don't think italians are the only ones who do jokes about sex, it would really be an annoying world...
I simply like evil and black humor (like a few others here) and you, simply, served this joke on a silver platter

papercoffee wrote: 'Still want to mash them together?
You will never be able to live a normal life again ...and die early ...but you'll die happy.
It's your choice.

That's Alka-Seltzer... or not?