If you have found new Downloads or created something by your own, please announce it here
Post Reply
16 posts 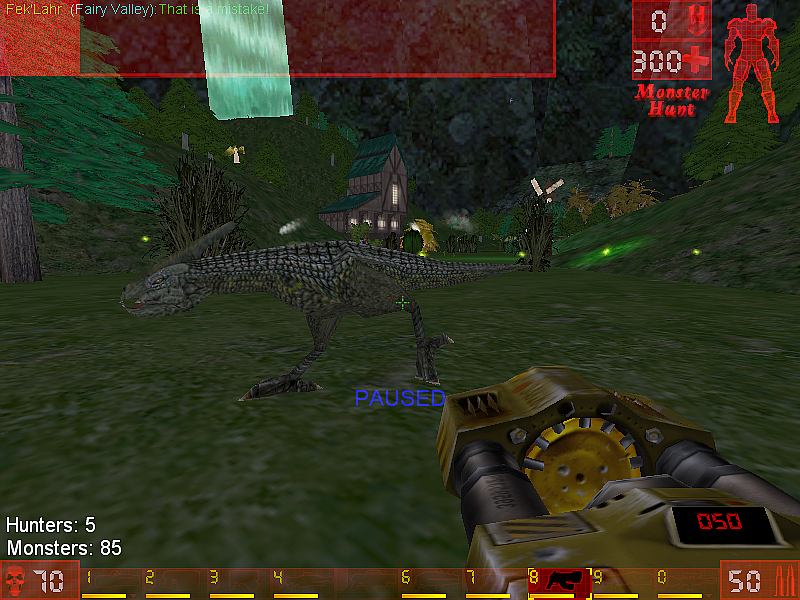 The link http://tinyurl.com/jlut989 results in a Bitdefender alert that the page contains malware/virus or leads to MediaFire and the following

Invalid or Deleted File.
The key you provided for file access was invalid. This is usually caused because the file is no longer stored on MediaFire. This occurs when the file is removed by the originating user or MediaFire.

The links on your LiveJournal page are good though.
Top

Really Grins, do us all a favour please and stop using URL-shortener.
If you don't like to see the whole URL in your post can you hide it behind the URL-tag.
-=: http://jokercologne.deviantart.com/ :=-

OjitroC wrote:The links on your LiveJournal page are good though.

Fixed the start of thread.

It wasn't that... I originally posted the full URL but the actual link part only showed up for half of it.
http://unreal-games.livejournal.com/

At the same link above as the EXTREMELY brief review, TB released the final version of this map... if anyone wants to download it.
http://unreal-games.livejournal.com/

Nice looking map, but it has some issues: 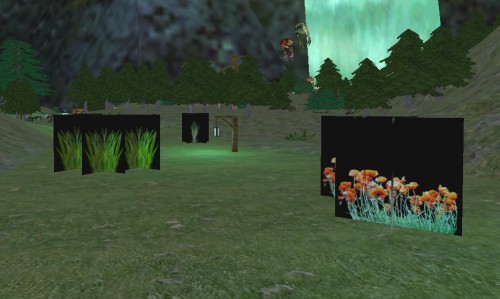 Barbie wrote:Nice looking map, but it has some issues:
With OpenGL driver the transparency of the plant sheets is missing. With DirectX or Software rendering it looks fine.

I got that as well with OpenGL but also with one of DirectX renderers (DirectX9 I think).
Top

Oh, and finally have a look in your UnrealTournament.log - I got this repeated many times only by flying over even before starting the game:

In addition to the warnings about the Reaper, in my UT.log

Yesterday we tried that map on server online: unplayable, too laggy, FPS went down to 2.
Map removed from server.

)
"Multiple exclamation marks," he went on, shaking his head, "are a sure sign of a diseased mind." --Terry Pratchett
Top

I never look at .log files unless something goes horribly wrong.

The Betas come with a ReadMe from Thunderbolt where he says it's probably unplayable for most systems.

In the past 2 days he's released 2 final versions, FPS is significantly lower. Give one of those a try.

As to the other thing, about the plants: 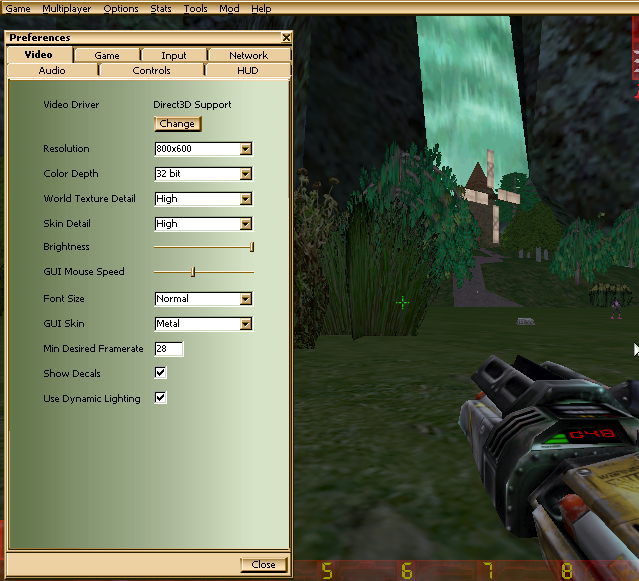 They look a lot better under Direct3d.
http://unreal-games.livejournal.com/

You can quit saying this, else check posts above. NONE gets helped by TB style in doing "maps" for years. Each time he was changing things without to have a clue and/or for giving hits to server - then in a private discussion with a guy he said: "You don't have server because maps works at DU" - which is a lie. If works/starts is one thing, if sooner server is crashing is because of sh!t collected by maps - I have witnessed a lot of times MAIN server crashing, of course now I did not visit MH servers because I got another jobs to do - which nobody has yet.
I have already described a sort of 3 MH maps which if are voted one by one only them, you won't have server running, not even for a day. I know what I'm saying because I removed all these awesome ideas, just randomly I check things added in my mod using this stuff as a EVIL test because this is what was done. Now brushes are gone ? Perfect, trash multiplication is reduced.
I recall when he was saying somewhere "I'm learning something new each day...". I think is time to learn during NIGHTS, after these years is concerning to see nothing good learned, these are "crash-tests" not maps. May I describe stuff examples ? Better not - I let Barbie to speak about "awesome" creativity.

Your way in ignoring bad stuff (seen in logs) and even posting links to that is pointless for anyone hunting to build a good MH server. Then I don't ned to speak about "LINKS", multiple times antivirus was jumping like burned in ass - and this is available for others TOO.
As between you and me, I'll download and test more stuff TB after next years, last one which made me to waste time at pathing has a nasty BSP. WHY was that released ? Answer: To make me to no longer be interested about such stuff - ignoring design part (which has flaws too).
What was TB missing from learning each day:
- zones - where the heck are zones;
- polys - bla bla bsp nodes limit exceeded - Editor.log - THESE file Are NOT USELESS;
- ScriptedPawn - chapter orders / states / projectiles;
- player movement - LEAVE THESE FUCK!NG ALONES;
- importing custom textures methods;
- semi-solid hints and applicability;
- decent visual ranges - find inspiration in CTF-Coret

;
- Bot pathing - I think is a myth for others as well;
- how to not mix Levels done SEPARATE because this way is how do Unreal Engine Works;
- how to forget "material" which UT doesn't have and it is crashing players;
- - - - to not continue spam - - - -
Good points:
- interesting design;
- map have ext. UNR so they can be loaded

You can quit saying this

I've said this once here and once on Hermskii's forum.

That said, yeah, I know.

Was actually thinking of asking you if you'd like to try a hand at pathing this map... at some point. Unfortunately, when I asked TB's permission to edit it, he said no.

EvilGrins wrote:when I asked TB's permission to edit it, he said no.

Heh, then if:
- you really like this one;
- if geometry is simple;
- if you want this for you in Bot company...
If you have installed FerBotz mutator in your system, I think can generate a simple "pathing-file" attachable "on-fly" by above mentioned mutator (of course path-net will be tested with MHBotymanV...whatever) and I think I can write a small mutator in order to add full Bot support if you are interested - Yes, I can "push" this Without using Editor for editing map directly. Then... Spirits are not gonna be in any Earth-Quake, map can stay untouched, but happily tweaked in Game.
Of course I need first to do an examination and I'm not interested yet about bad links - I would enjoy a "G00gl3 dr!v3" link rather than "great" web-sites.
Top

I don't use FerBotz (furry bots). Sounds good in principle but it also sounds like it re-writes the setting for individual bots... and after individually setting up my bots so they're distinctly different than each other, I'd rather not.

TB, who is not a fan of bots, did actually put pathing on the 2 final versions... though you may find it not to to your standards. It's relatively okay.
http://unreal-games.livejournal.com/