Search and find cool skins and models, or introduce your own ones!
5 posts • Page 1 of 1

Many of you know me as that crazy guy who posts an insane amount of screenshots... and if you don't know that about me yet, give it time. I'm also known for skinning and posting in forums A LOT and a more than slight Skaarj obsession. While I tend to post some stuff all over the place, some things cannot be kept up on if you don't keep it centrally located.

Initially just for the Sktrooper, as I use the original Oldskool mutator that Usaar33 made that gave access to the Sktrooper model over half of my bots use, as they needed team colors...

...I've since amassed a rather massive collection of skins for various monsters, because I edit maps too and along with changing projectiles and other things, sometimes I change the skins of the monsters on maps so they've got their own look.

Shared some of these over the years, now I'm sharing all of the ones I have (exception of those previously released in skinpacks) because why not? 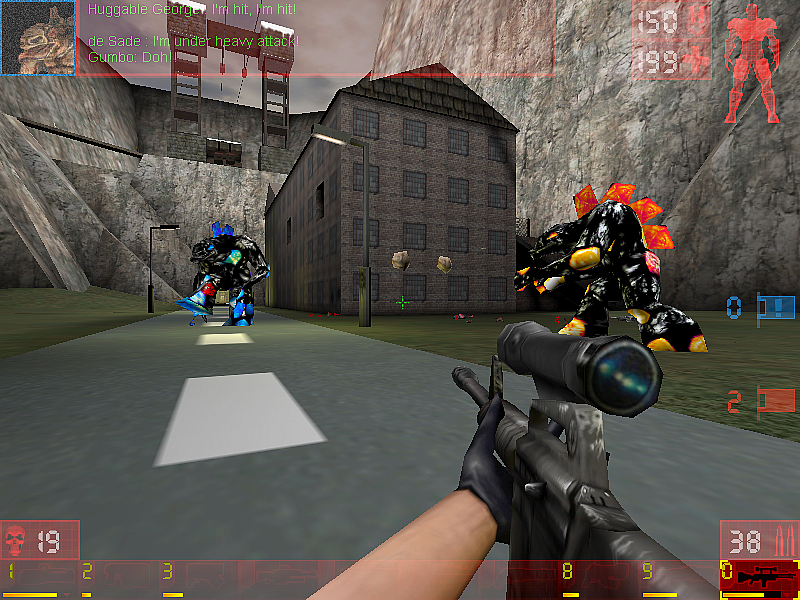 No need to credit me, so far as these go even the ones that are largely my own work are based on the work of others so nothing in there is originally entirely all me.
http://unreal-games.livejournal.com/

Thanks for sharing those - always nice to have new monster skins

Doodling... combined an all black skin with yellow designs with a more detailed skin and done over with team colors... really only visible on the front as is.
You do not have the required permissions to view the files attached to this post.
http://unreal-games.livejournal.com/

Those look cool - a black skin for a Skaarj-warrior type is pretty uncommon so nice to see - are you going to release them sometime?
Top

OjitroC wrote: ↑Sat Feb 12, 2022 7:17 pm Those look cool - a black skin for a Skaarj-warrior type is pretty uncommon so nice to see - are you going to release them sometime?

Eventually... and that's not my only black skin Skaarj.

Because of all the edits I do with UTDM-monsters, naturally I skin them. Sometimes using what I already had but when I see something with potential I'll make something new.

The player model for the Skaarj Warrior had team colored skins, so I've been using those too.
You do not have the required permissions to view the files attached to this post.
http://unreal-games.livejournal.com/