How to make a team scripted like a bot or player without using bIsPlayer option, normal ScriptedPawn has no killing msgs when we kills a monster we can not able see any killing like "You killed Archon. also bot treat ScriptedPawn as a enemy in our own team.
Top

Try this... they're not listed under ScriptedPawns, they're altered TeamCannons that look like monsters and behave like monsters.

EvilGrins wrote: ↑
Sat Dec 28, 2013 9:28 pm
I've had a few challenges with them, but ultimately I like the TeamMonsters. Setting them up on maps, skinning them appropriately with team colors, and seeing how it turns out. Not so great with bots, for some reason bots on Red Team can't see them... which is a general monster issue in anything outside of Deathmatch. 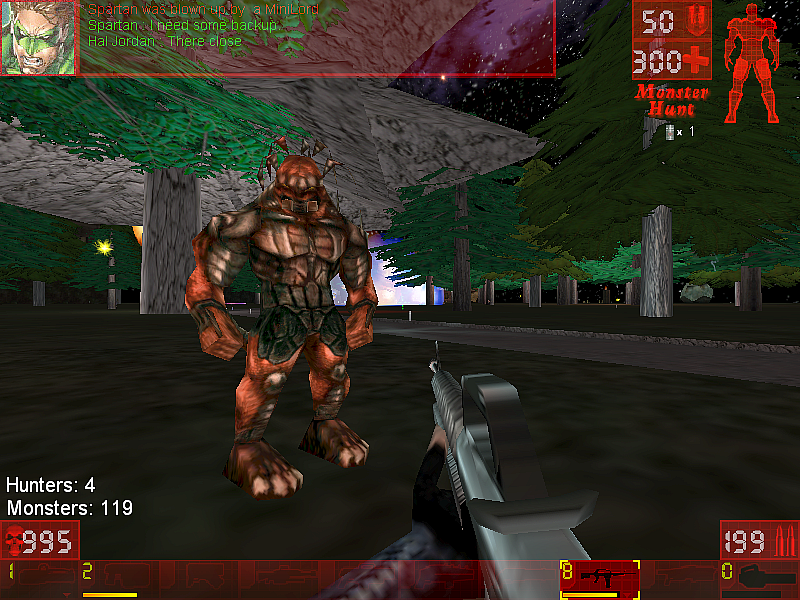 This Red Team Skaarj, of which I have 2 on this map edit I'm doing, is kinda useless. If there was a blue team on the map it would hunt them down and shred them but it largely ignores other monsters... unless one of them hits/shoots it...

...and then it will chase the thing down to the ends of the map to kill it, and anything else that shoots it along the way.

It remembers each time it got shot and will go after any of those monsters that did it until they're all dead. I typically pick Skaarj Berserkers for this sort of thing, as they're big and so powerful... which I amp up considerably. I take away it's energy attacks so it has to fight in close and claw its victims to shreds... and it doesn't attack the Red Team, which we like just fine.

Periodically when I've got a bunch of monsters chasing me, more than I can handle, I hop behind the TeamMonster so all incoming fire hits it and it can go kill them for me. Wimpy? Sure... but effective.

I already tried this one, but you still not get any kill msgs when kills a monster
Top 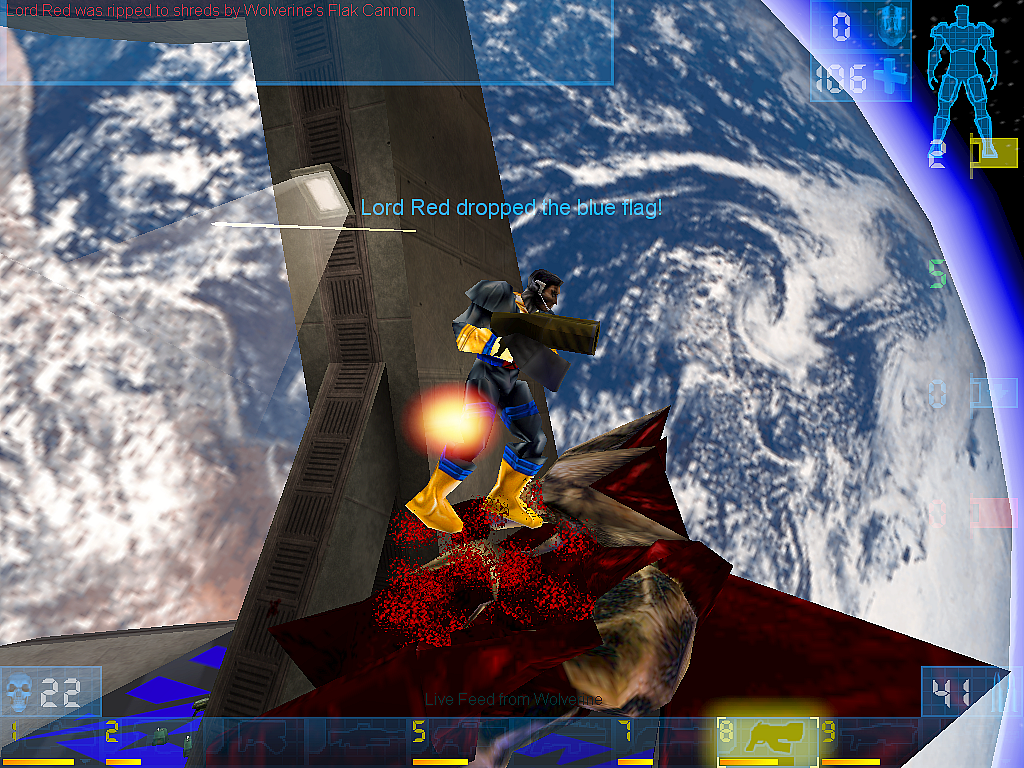 ...the only other monsters I know of that would do as you want are converted player models: 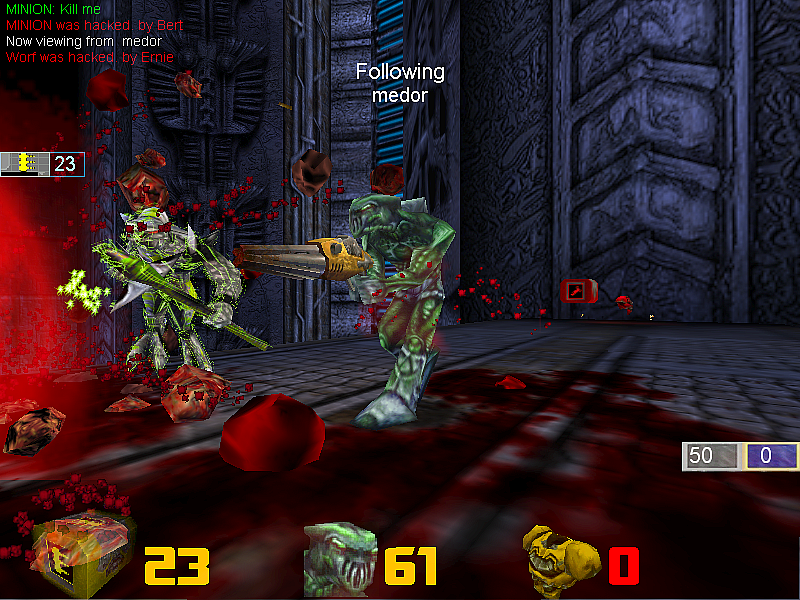 Or the MonsterMadness mutator/gametype... but they only work on the Gold Team: 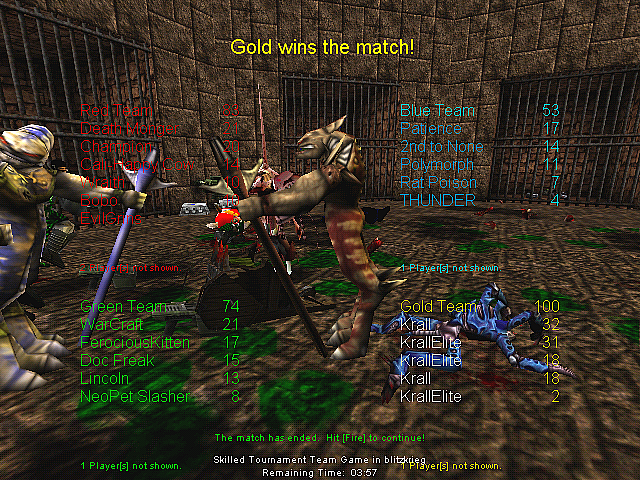 UTDMT is bIsPlayer=True, also it appears in scoreboard and orders menu.
Top

Bot attitude, messages, monster behavior are part of another game controller not what BotPack has.
Top

For example when monster takes hit from it's owner, monster will fly from the ground because of the weapon's momentum, after landing time monster still walks they decided located, the result Brute or other monsters shows the hit anim, like guthit, lefthit, righthit. After landing to the ground, monster still walks and the anim gets bugged it's shows last guthit anim still until they reaches decided location, if they location reached it will update to walkanim otherwise it stays at last guthit, lefthit or righthit anim. This problem is happening with Krall, all brutes, Slith, Mercenary, Skaarj. Not happening with puape, or fly
Top

Bad animations in ScriptedPawn, they do look like quickly running in air while they fall.
Top

Is that fixable?
Top

I did not figure a solution yet or how do setup party. I think is about their animation data. Here is doable:
- Screwing main packages - Or
- Replacing functions with whatever XC mapped package
I have to look at these... some day maybe my expanded MonsterHunt will be indeed a MonsterHunt thingy... and/or the rest of similar things...
Top

Okay, how to exclude scripted pawn showing on the scoreboard?