2 symmetrical bases over a largely open area... snipers will enjoy this place as there's not much of anything to duck behind between bases, although the holes do provide a measure of protection. 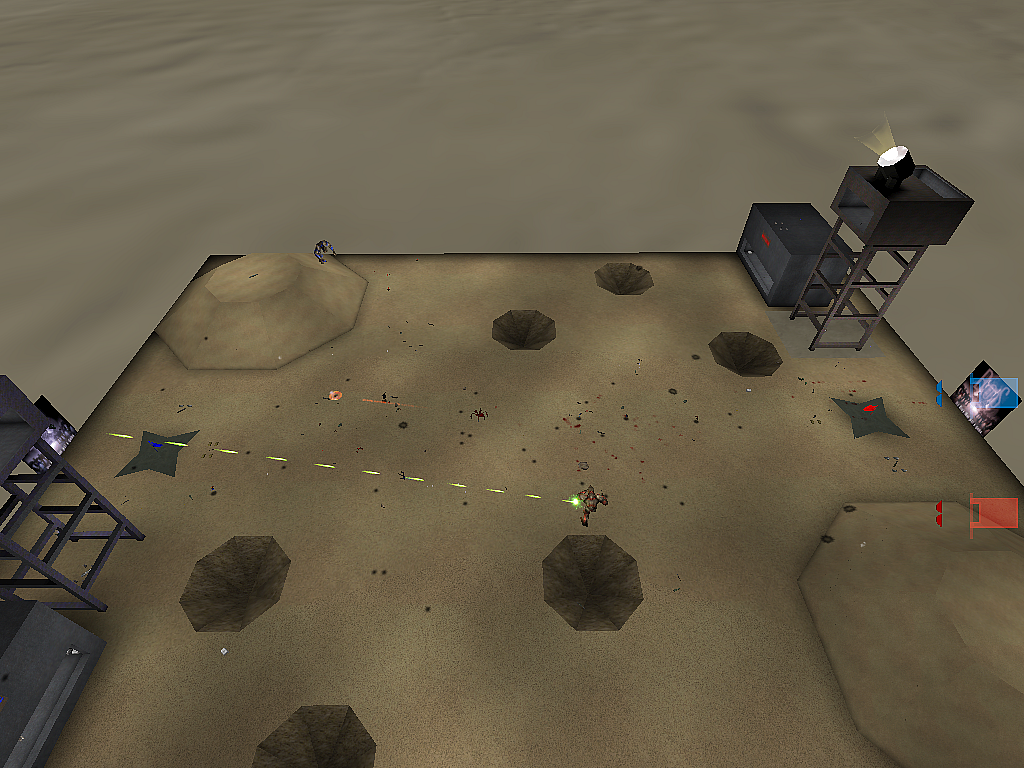 Pathing on the map was originally a straight line between the flags, with not much variance. Nelsona fixed that up nicely, so bots now use the whole area.

I added the Blank.umx so there's really only battle sounds on the map. Added ut2k4 cannons to each tower, and placed a measure of team coloring to each side. 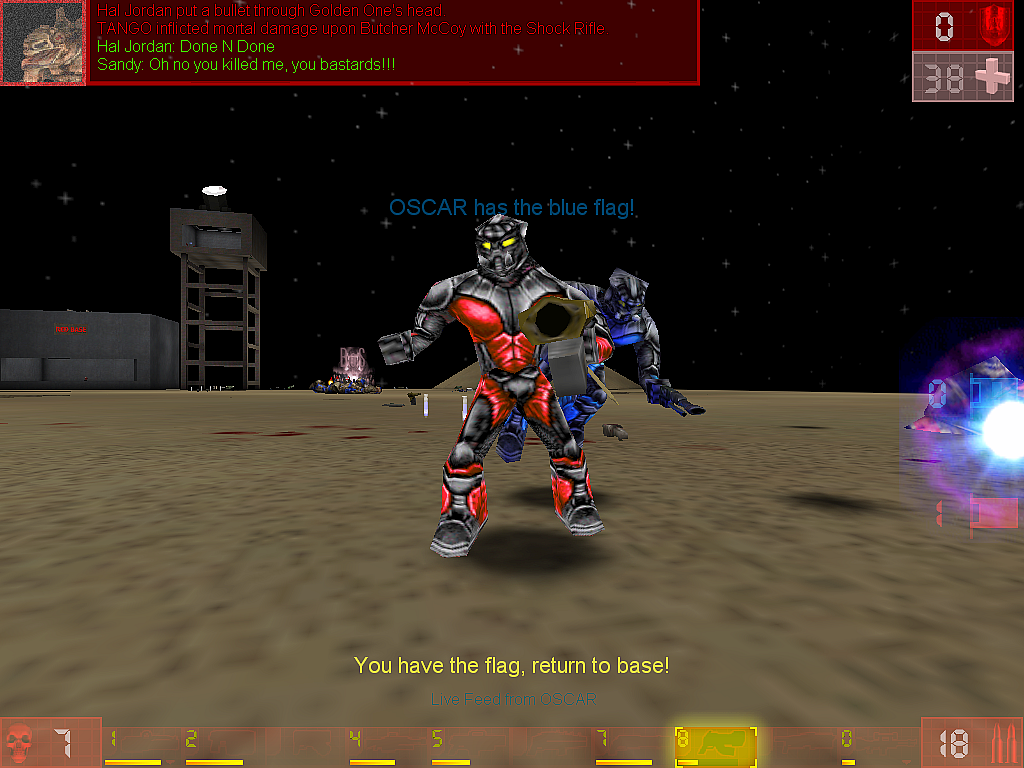 Plus I fixed the signs on the bases, they were originally inside bases where they couldn't be seen.