I was going over a number of maps with mostly identical names, when I found this beauty. It's massive, built within what looks to be an ancient temple or city, with flag bases that are not remotely symmetrical. Plus it looked like it had extra play space potential beyond just what was in the CTF vein... but not so much. 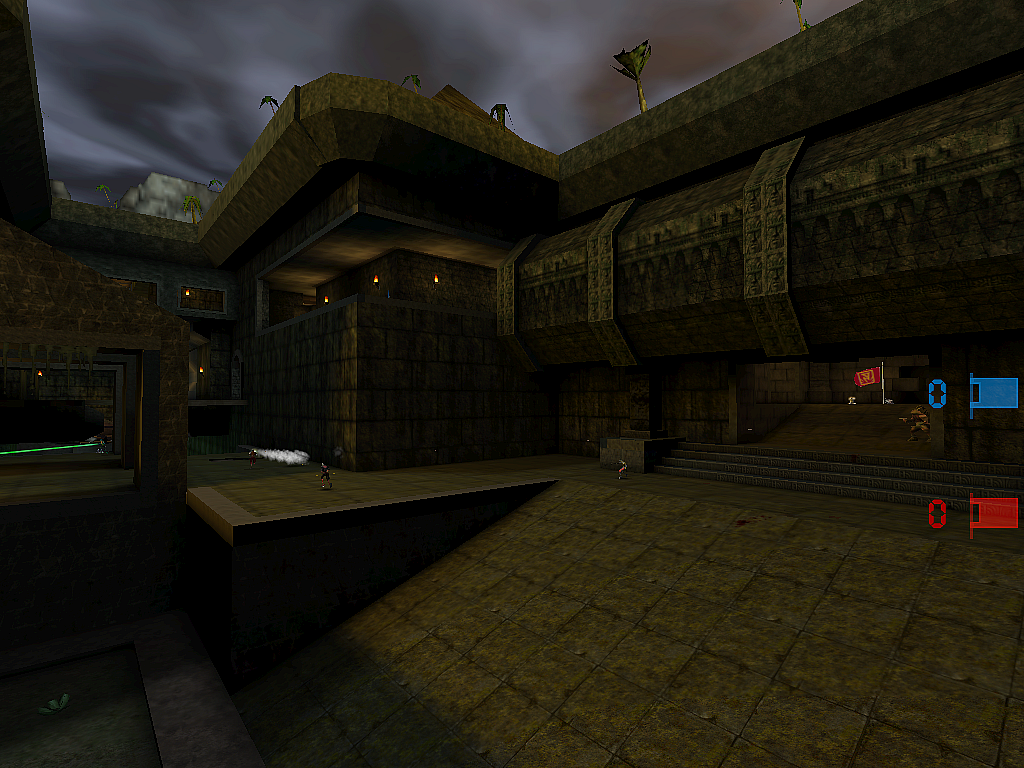 · What looks to be a way to get up on the roof doesn't work as everything up there is a massive killzone.
· There's a faming settlement over near the Red Base, which wasn't populated until I populated it. Was tempted to get it pathed so it looked active to anyone that peeked in on it, but ultimately didn't see the point.
· On the Blue Side, outside the player area, there's an art gallery. Mapper set it up to post a portait of his girlfriend... so I setup security for that as well as art thieves.
· Just for the heck of it, I placed 1 UTDMT on the map to even up the other 2 teams... though he doesn't do much of anything unless provoked, and he's fairly isolated. 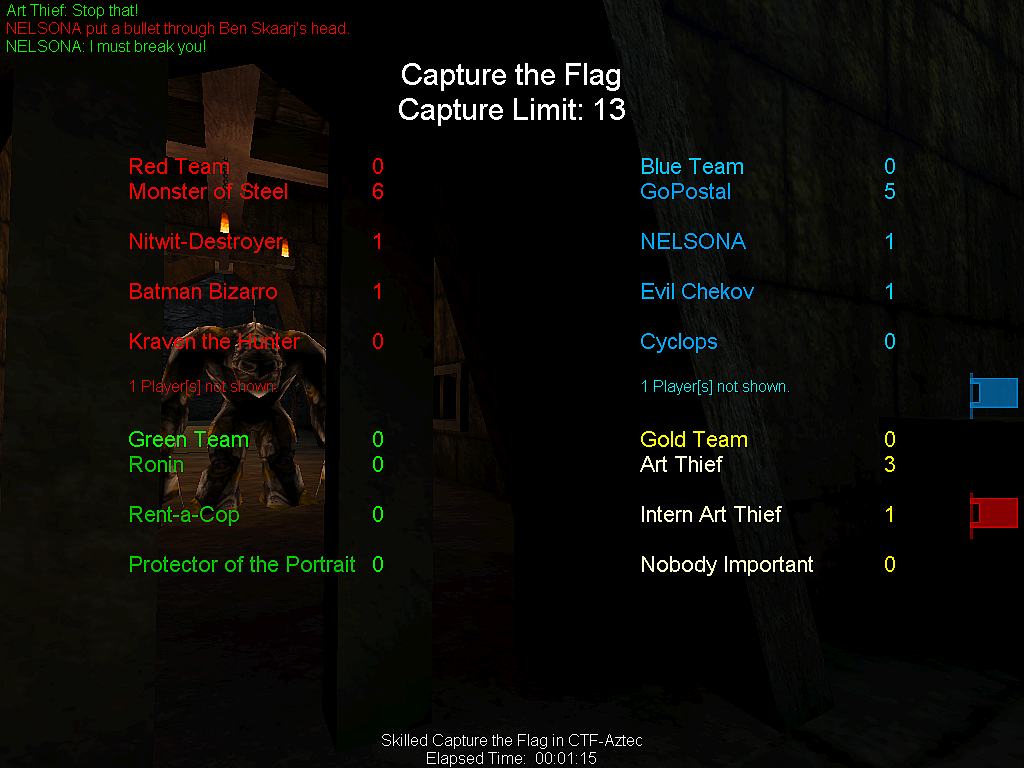 I started editing before I got permission, which isn't unusual. As so many mappers are impossible to reach these days, I go through the motions of getting permission and get started on the work because there's no way to tell when or even if the mapper will check their email... even if they're still using the same email addy from years ago. But in this instance, I lucked out, as he got back to me remarkably quick. Gave his blessing, and asked I send him a link when it was done. 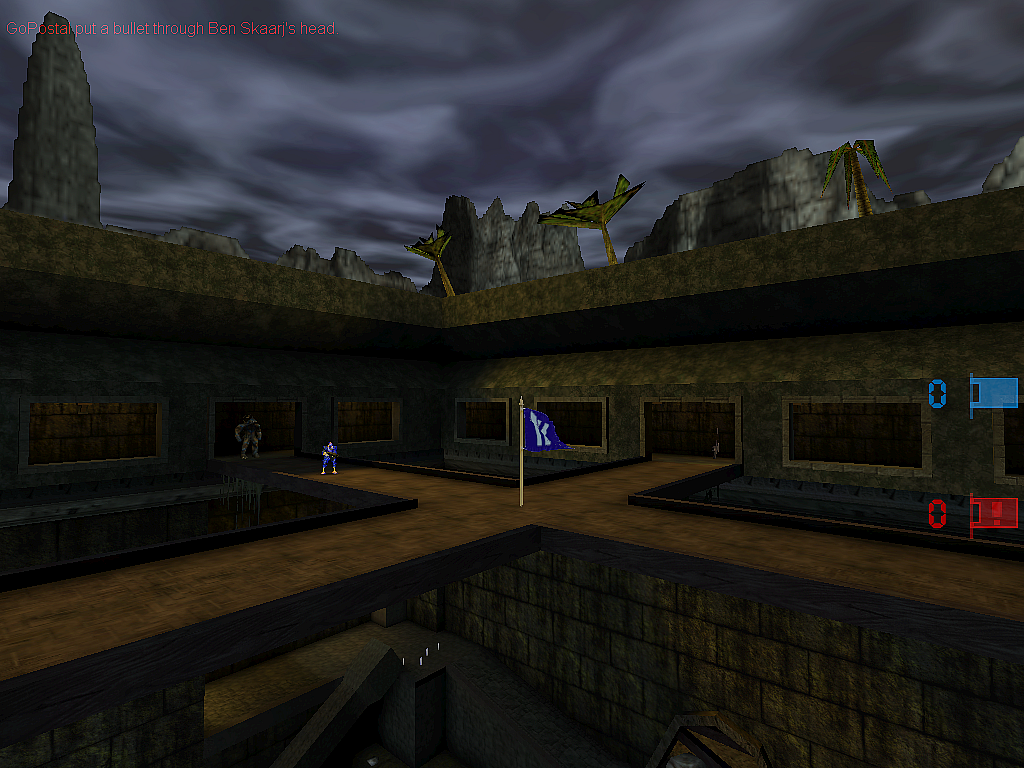 Going to have to track down his email again.

In the main player area, I assigned 1 UTDMS to each team; named them after the mapper and his girlfriend. Had Nelsona update the pathing, there already was some there but it needed help. Touched up a few other things here and there too.

Players that like to play with lots of others should love this map, there's plenty of space and places to get lost in as well... plus a few other surprises.