I'm known for making several edits of the same map, with weapon and monster swaps to make things interesting, and I've done about a dozen DarkForest maps before on an older version of this map. 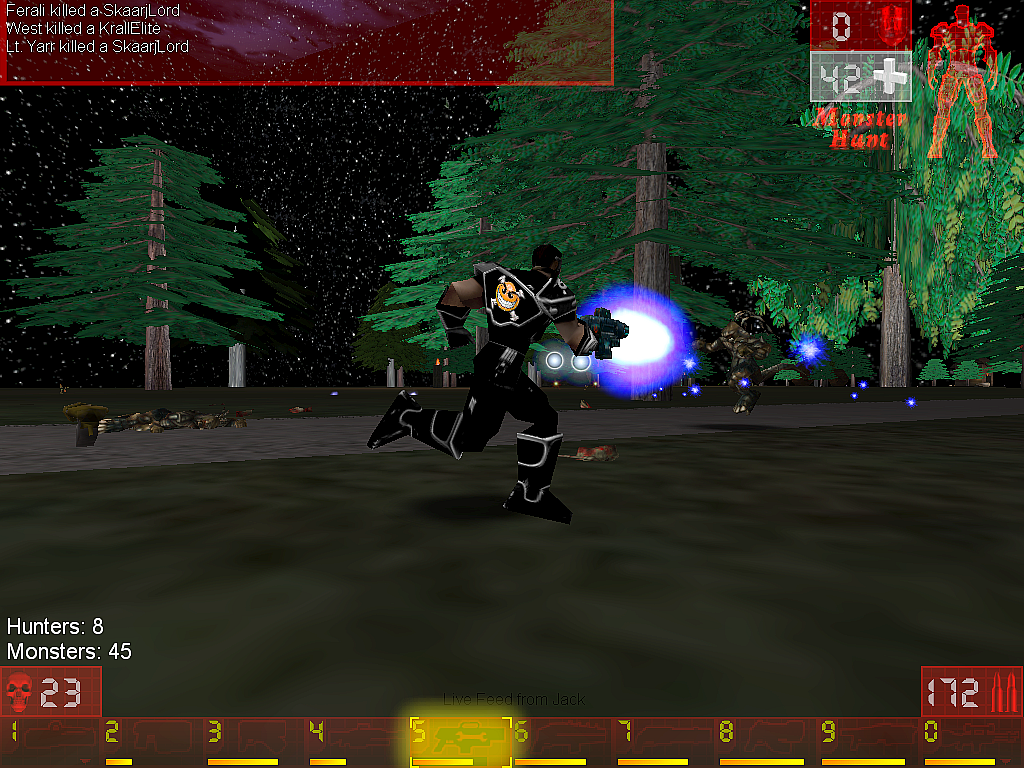 But this is the original version, that I'd not seen before. Same basic layout but with less trees and slightly different structures and quite a bit less monsters too.

There are 2 jeeps just outside the cabin, also 2 redeemers right behind it. Further down the road is a tank, and a bit futher is another; map has 1 of each of the various Xvehicles... the most powerful of which is on the exact opposite side of the map. One might think a good strategy would be to jump in a jeep, speed off to that far side, get in that most powerful of what XV has to offer, and frag the crap outta everything on the map. That is a good strategy, but there's 1 minor complication... 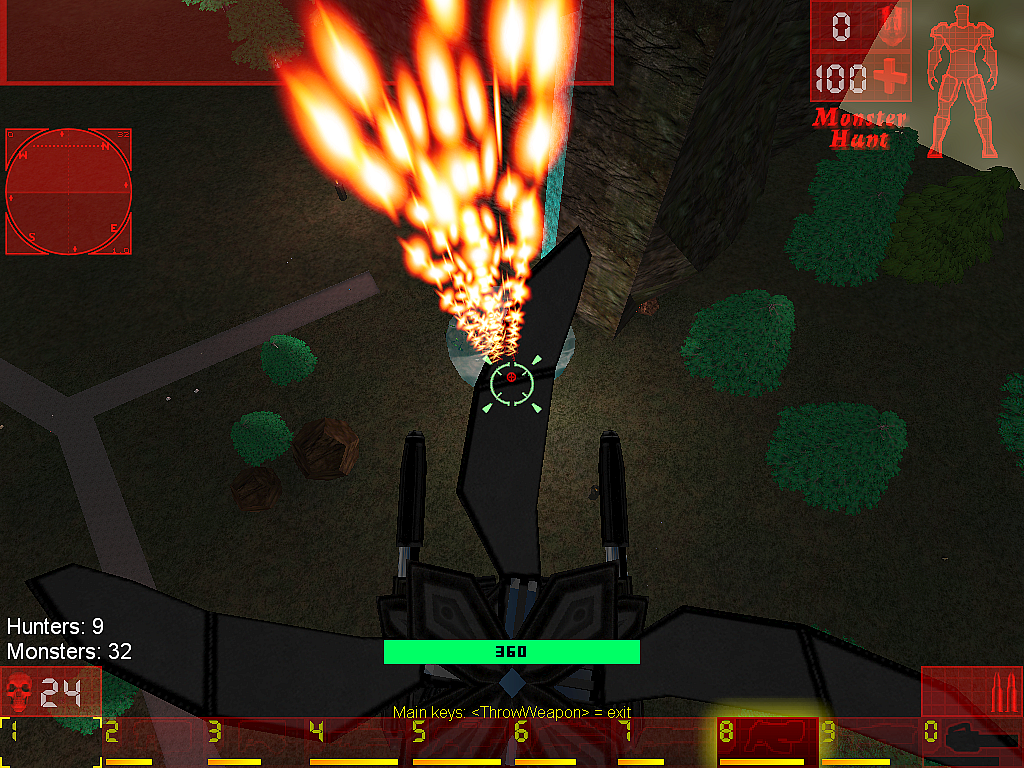 ...I gave the boss monsters in there XV projectiles!

Now, it should be mentioned that XV projectiles have unlimited range, so when firing them you should be aware that if you miss what you're shooting at they will keep going until they hit something. Under normal circumstances you only fight boss monsters as you gradually work your way along that stoney path, but if one gets hit before you would've gotten to them, then it will come looking for you. 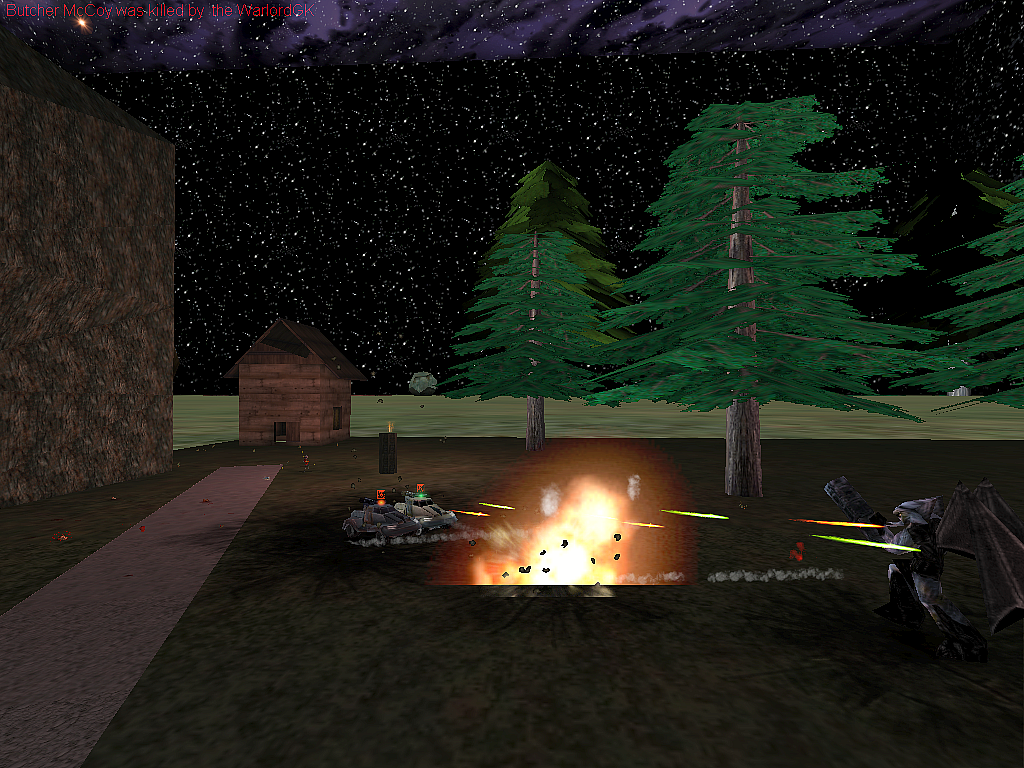 This isn't bad, per se, as there's nothing saying you have to fight the bosses in any particular order but ideally you don't want to be fighting more than one of them at a time. If that happens, and you don 't use one of those mutators that stop monsters from fighting each other, your best bet is to get clear and watch the Godzilla monster-type war until it's over, when hopefully you can cap the loser all that much easier.