Need some nice Mods? Here, you are right!
635 posts

This is a concept for a replacement of the original UT Weapons: 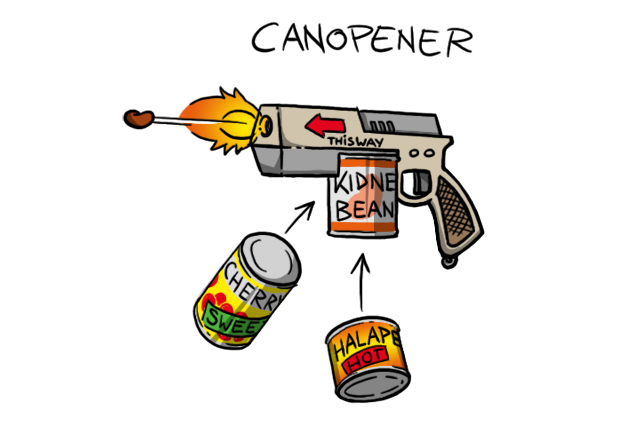 The Canopener is the starting weapon ...you have 3 ammo types.
which can be changed (if picked up) with the alternate fire.
1_ kidney beans ...same as the enforcer.
2_ the sweet cherry ...many bullets and fast firing mode, but less damage as the beans.
3_ halapenjo (very rare) only 7 bullets, but one shot, one kill. 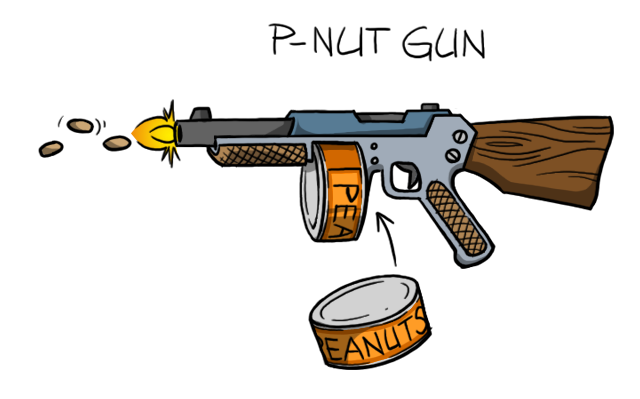 The P-nutgun is for people who love to mess around with a huge amount of bullets.
Alternate fire shoots 3 more accurate bullets. 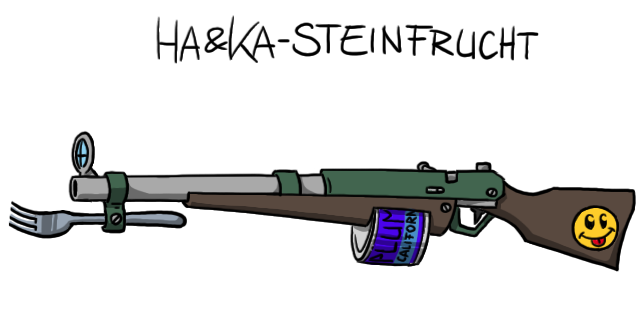 The Ha&Ka Steinfrucht is the moste precise Weapon, you shoot exactly what you aim at.
But there is no zoom and you need to reload after every shot.
With the alternate fire you use the bajo... erm fork - This is an instant kill. 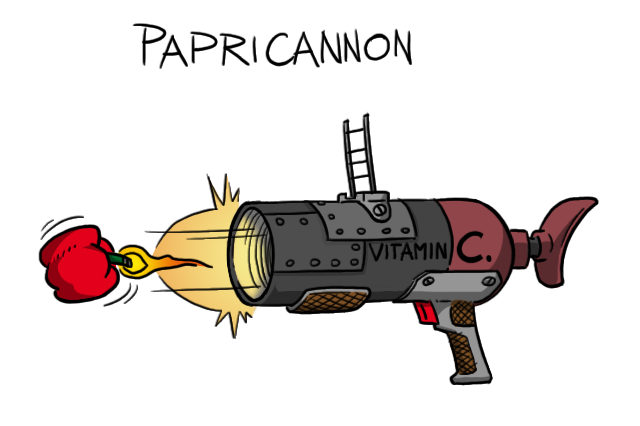 Now we get the Papricannon ...the ammo is a Papri-nade which does explode
1-2 seconds after it hits something or instantly when you hit the enemy directly.
The Papri-nade explodes immediately when you hit the alternate fire.
This way, you can shoot one papri-nade, shoot another one and with a bit timing, you can trigger the second one to explode simultaneously with the first shot.
A fun weapon to play around with. 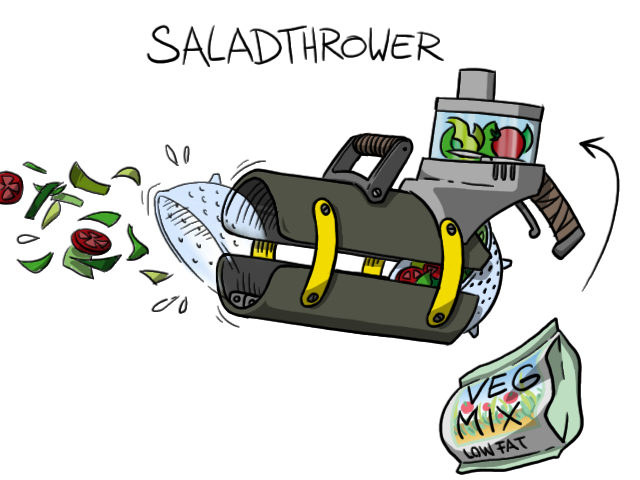 The Saladthrower is somehow a Flak-cannon and somehow it is not.
The alternate fire ,has a recoil that rebuffs the player if he's using the weapon in midair (jump/fall/etc.), will also load a huge amount of salad in the weapon and will bury you without dressing. 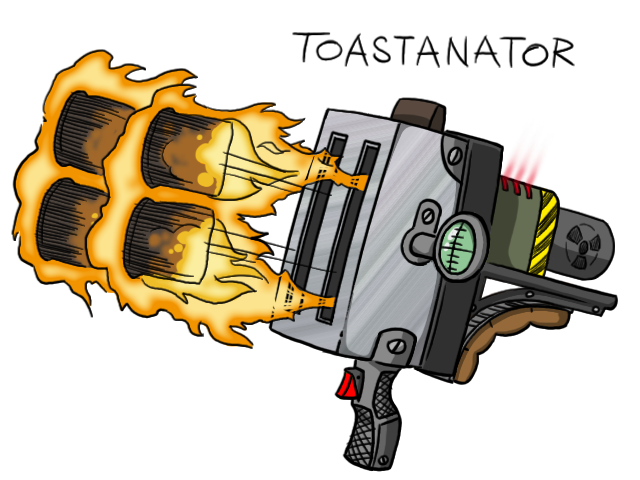 At last the Toastanator... it is the biggest weapon in this Mod.
The projectile is a burning, exploding, nuclear part of a breakfast!
You can launch one Toast, or with the alternate fire, all 4 Toasts (after this combo-shot you will have to reload the weapon though).
One Toast is a bigger explosion as the normal Rocketlauncher ... now think what happens if you launch all 4 Toasts.... (aside from all your enemys in range are going to be toast).

We present you two new weapons. You could already see the placeholder-advertising on the server... 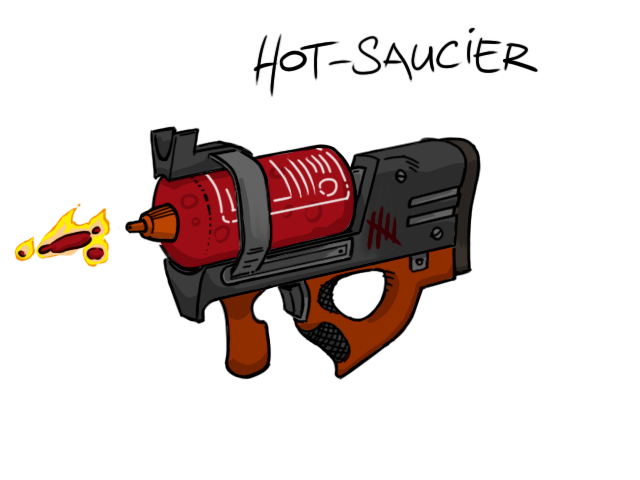 The Hot-Saucier:
Primary fire is a beam of hot Thai sauce ...you can paint the Sauce on the floor/wall/enemy after short time the sauce catch fire and burns down ...this causes a wall of fire ...or a running torch if you hit an enemy.
Alternate Fire is a big glob of this flesh burning sauce. that glob can be used as a sticky mine because it takes a much longer time till this projectile explode in a Burst of flames incinerating everyone. or you try to hit an enemy directly ...that will have the same effect ...but now instantly. Or you shoot with the primary fire on this trap ...BoooomWOOOSH!!!
chain-reactions possible. 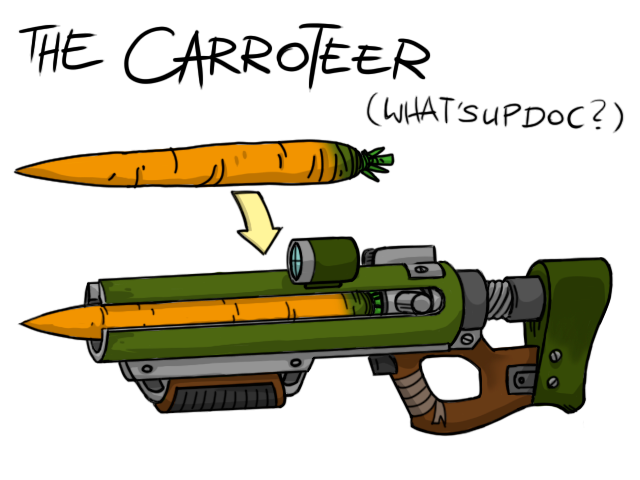 The Carroteer:
A stack-rifle
Primary fire shoots straight flying carrots ..Enemies get slow downed by a shot of a carrot (get spiked)...the second shot is deadly. a shot in the head is an instant death.
The projectile is somehow slow with good reflexes you can avoid
Alternate fire gets a normal scope like the sniper gun.

Now we come to the main function ...you can skewer what ever has an collision model ...that way you can build stairs for you and your team mate or you can barricade a narrow space ...the carrots can be destroyed by any weapon. Faster with the bigger weapons.

Already like the P-Gun (Thompson is my favorite firearm in Serious Sam 1)
About to be non-active
My very last UT map project: CTF-FacePalm (tropical CTF-Face remake)
Why do I leave? click here
What I want to do next: Joining an UDK team (uncertain however) and improve 3D modelling and texture editing skills
Thanks to those who visibly supported me until/at the end!
My reactivated account on indiedb.com.
Top

Very cool and original concept I must say

Looking forward about this

@Creavion
jup all my drawings.

@rohitggarg
"eating fruit salad" ???
I don't get it

Ha&Ka Steinfrucht is the weapon i was talking about. It has the fork attached right??

I thought there might be a bot standing in front of me and i could imagine him to be lets say an apple with lots of garnishing.... Then maybe some right click will poke him with the fork and then my player would eat him up like an apple

You know... this is original

@ rohitggarg
Erm.... you fight with food not against it.
Player characters are not planned right now.

Now I look for M8s for this project.
I know nothing whatsoever about scripting!!
I would do the Texturs and the model style sheet.
Last edited by papercoffee on Wed Sep 02, 2009 9:54 am, edited 1 time in total.
-=: https://joker-seqartist.tumblr.com/ :=-

I am ready for help whatever needs to be done

Check your PM for IM details. I am more than online 12 hrs a day

LOL
I love the toastenator

Any models ingame already given? Or still in progress?

Ok I need people for scripting and modelling.
I'll do the textures.
-=: https://joker-seqartist.tumblr.com/ :=-

well there are some modellers here, i can do some, but i dont know when exactly, maybe ask others to who created models, maybe they also can help you. Cause i think the first 3 weapons are "easy" for me to make, i sent you some shots what i ever made via PM