Introduce your Clan or your Community!
10 posts • Page 1 of 1

I'm surprised nobody did this before. RB is not a Clan but been around a while. Give it a try

RB has had Ut99 RX-RB and RB AlienX for a long time.

RB has a UT2004 RPG and VCTF that have developers working on new things. 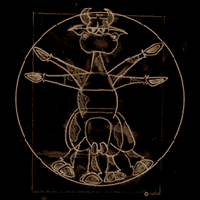 Acid.OMG wrote:I was on there today with a crowd from VM Teamspeak

Heads will roll when Chop hears

There were Vm members playing at RB today too!

All VM members are welcome
[...]
The point is. HoF is welcome.

You should really keep drama off these forums. This community is really meant to be a constructive community and drama isn't necessary
[/Awesome]
Top

I gave my LAST warning about this Drama in the other thread ...another attempt to stir this shit up again is not acceptable.
End of discussion.
-=: https://joker-seqartist.tumblr.com/ :=-

Papercoffee I'd appreciate you putting my post back the way it was. It was a much needed explanation of and for past events that Schlong and Fluke deserve to read. This thread is about RB, RB's Past and things that happened on RB. What I posted was not 'drama' it was an explanation to my friends. Stop being such a busy-body. My post was ON TOPIC and not insulting anyone. It was pure fact.

I want you to put it back so Schlong and Fluke understand why and how things happened.... Your edit was very lame because i put alot of time into my explanations for Schlong and Fluke and you flushed it all down the drain. I'll never get that inspired wording back.

First of all ...it's not possible for me to putt it back the way it was.
Second and the most important ...This section here is for Clan advertising and not for "facts" and discussions about rivaling and quarreling clans/servers , what will lead to anger.

HOT_BEEF_INJECTION wrote:RB is not a Clan but been around a while.

That line alone proved this was in the wrong section. You can't put something in the Clan area and start it off with "they're not a clan". For future reference, this forum has a lovely General discussions area.

Generally, as a rule, it's not a good idea to taunt the people that run a forum, even a worse idea to outright say they did something dumb.

papercoffee wrote:I hope I made it clear.

Aw man, I'll be jumping on this server from time to time to see if I can catch anyone! I used to play on Rosebum all the time back in the day - long, long time ago!

Where you can normally find me:

Nova wrote:Aw man, I'll be jumping on this server from time to time to see if I can catch anyone! I used to play on Rosebum all the time back in the day - long, long time ago!

If I may impart some wisdom, the folks that run this forum (for reasons most mysterious) don't like comments added to long dead threads. Sure, this wasn't that long dead... but it might've been close enough.

Return to “Clans and Community pages”