Sorry bout that, but yea, post any updates to the current entries as well as any other maps till the 24th

...
Another nice one from Pikko, seems to turn in maps like these like a machine, these days

solid enough gameplay, decent visually. It does have an annoyance with the spinning movers, they might have BumpOpenTimes or whatever it's called turned on, cuz I see them go back the other way super fast from time to time. Have a look at the Outpost map with the movers, those don't tend to malfunction at all

Yea I'm sorry for copy/pasting my review of your other map, but It's the same thing here lol

. Like the gameplay in this one a bit more, but it does have an extra nitpick in those fully reflective walls, I guess with one of those detail.utx textures in front or if it wasnt 100% reflective I wouldnt mind as much, but now I keep bumping into it! grrr...

- DM-NRMC-ShardLab3 by Red_Fist
Quite an experimental line up in this contest, very mover heavy in this one. I like the idea, just not sure of the execution. Doesn't play as bad as I thought it would, just that it still feels like it's just 1 room with no cover. I like the custom textures used though, not bad

- DM-NRMC-WestSideStory by jmartin
Sorry j, can't say too much about this one. I like that it's basically a playable (or rather interactible) movie poster. Strictly an eye-candy map, with just 1-2 playerstarts at the bottom, dont think I found any weapons. Looks nice, but OUCHIE the red background is bright!

- DM-NRMC-Vakiton by [~]RUFX[~]RoninMastaFX
Goddang I love the gameplay in this one! Loads of weapons, secrets, great botpathing, awesome music (nice one Nornec!). I might sound biased but I'm not LMAO. so far one of my favourites in the contest! Yea the only drawback might be the inside lighting, or just the overall "whiteness", I guess. Lighting can be tough for sure so can't blame ya too much. Could also maybe use an extra poster or two on the walls, say to "motivate" the nice workers

, did pretty good outside with the lighting though.
Looking forward to the MH version

main problem with this one is: It's not a DM map. Feel like more of a SP/Co-Op, MH, heck maybe even Bunnytrack (would need to duplicate it for the other team). Also either lower gravity, or like permanent jump boots would help

. Not all bad, levels are quite faithful, and you definetly pulling on my nostalgia strings on this one

- AS-NRMC-Rendezvous by Aspide
Finally we have *checks notes* AN ASSAULT MAP!?!?

ahem sorry...
Always props to anyone who is willing to do an AS map, and this one really is quite good. Maybe not the most visually top-notch but some of the unique bits like the attackers coming out of a spaceship and the (bleeped out cuz dont wanna spoil), really really nice work man. Gameplay wise the ONLY complaint I have is the sniper spot on the final building might be a bit too OP for the defenders, but only a little, from my playthrough.

UnrealGGecko wrote: ↑Sat Dec 18, 2021 11:45 am Also either lower gravity, or like permanent jump boots would help

Correct. This is what I think also. The map would be less frustrating.
Top

Thanks UnrealGGecko, I did this map in less than 45 days and I'm shocked that I managed to pull this off. The bot support may be the thing I'm most proud of, they use movers much better than I thought.


UnrealGGecko wrote: ↑Sat Dec 18, 2021 11:45 am Gameplay wise the ONLY complaint I have is the sniper spot on the final building might be a bit too OP for the defenders, but only a little, from my playthrough.

Well the attackers also have sniper spots, so that both teams have a sniper duel.

Now to play the rest of the maps in this contest, I'm really excited. Good job everyone!!

Working on a useless map ...for the contest.
No movement, only Redeemer pilot mode, 4 players max ...no bot support obviously.
I HAD TO DO IT TO GET THIS SHITTY IDEA OUT OF THE SYSTEM!!

Tater wrote: ↑Mon Sep 06, 2021 5:43 pm Maybe you should have a mapping contest for maps that don't include the standard textures but are custom created. IMO going from 1 map to the other where the same standard textures are used makes for a boring day. They all look the same, only rearranged.

David
This message has been sent with approval of the robot overlord.

This message may have been redacted; spelling errors and/or confusing language may result.
Top

There is not a single Deck16 or Stalwart variant in this contest.
-=: https://joker-seqartist.tumblr.com/ :=-

I'm going to be traveling next week, in case I'm unable to log on, I just wanted to say good luck to all contest participants - lots of beautiful map entries!

I've been smiling a lot when I look at this topic and the completed posts. Seeing the great sense of creativity of those who are participating. A beautiful thing for the variety of ideas in the posts of their work. I don't know how to make a map, but I'm very smiling when I see everyone's ideas. An observer participation, but you know... it's too cool.

I would like to ask the contest admins, if it is possible to ask additional help from people for my map submission I did. Can I post my contest map in the Botpathing request thread to seek help with the botpathing?
Visit us on Discord:
https://discord.gg/fcRakgNCjR

I could give this map a look and see if I can enhance the botpathing. But yeah, first let's see what the admins say.
Somewhere in Nevada...
Top

Berserker wrote: ↑Sun Dec 19, 2021 12:04 am I would like to ask the contest admins, if it is possible to ask additional help from people for my map submission I did. Can I post my contest map in the Botpathing request thread to seek help with the botpathing?

Sure many people had help or worked as a team on one map in the past.
But if you have already send in a version for the contest and the contest is over I would refrain from updating your download till the voting is finished.
You can work (with help) behind curtains and then give it free when we collect them for the final map-pack.
-=: https://joker-seqartist.tumblr.com/ :=-

Berserker wrote: ↑Sun Dec 19, 2021 12:04 am I would like to ask the contest admins, if it is possible to ask additional help from people for my map submission I did. Can I post my contest map in the Botpathing request thread to seek help with the botpathing?

You won the contest with your submission!

And now you are telling me that nearly everything on these map I see are in fact meshes? 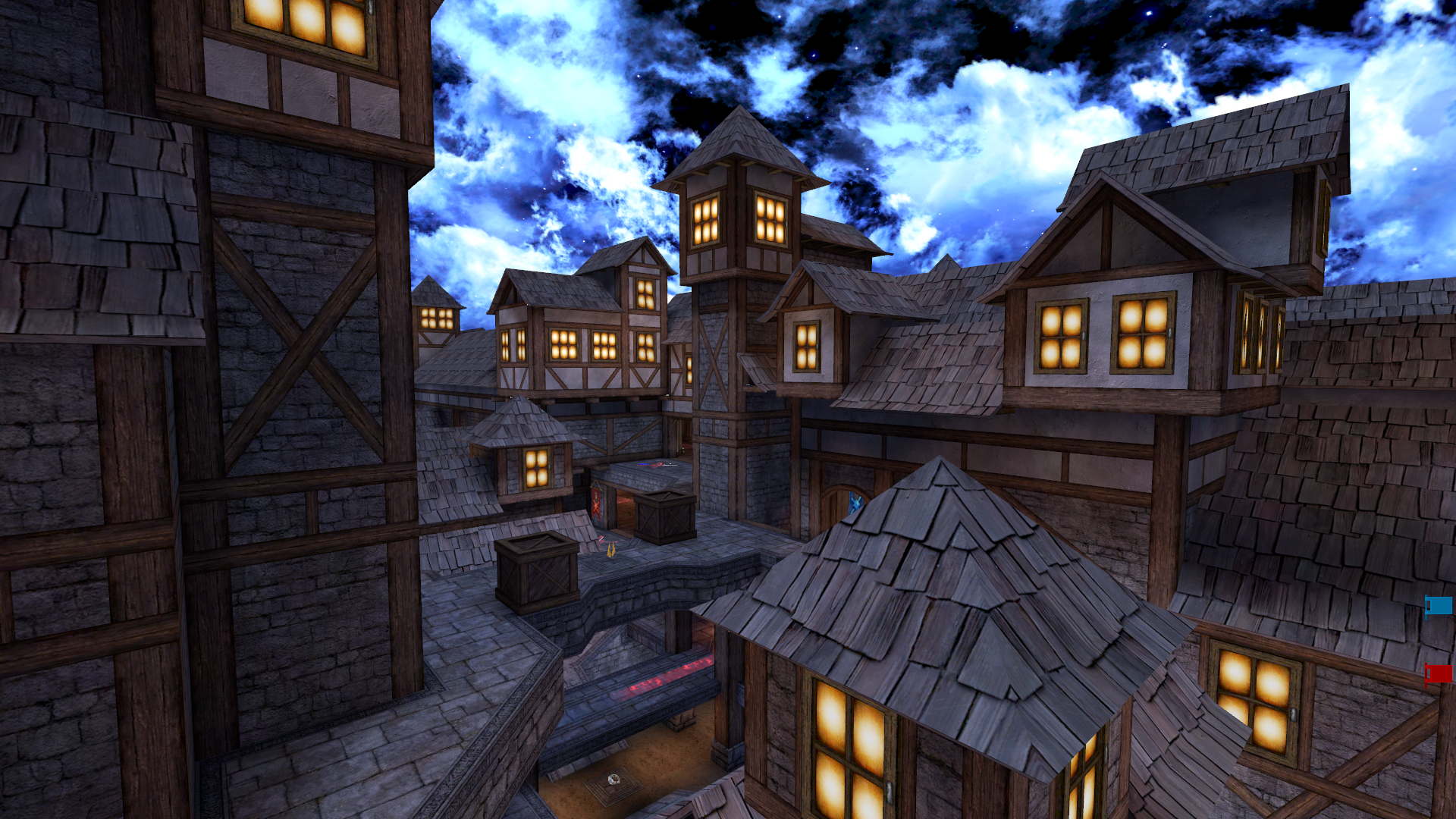 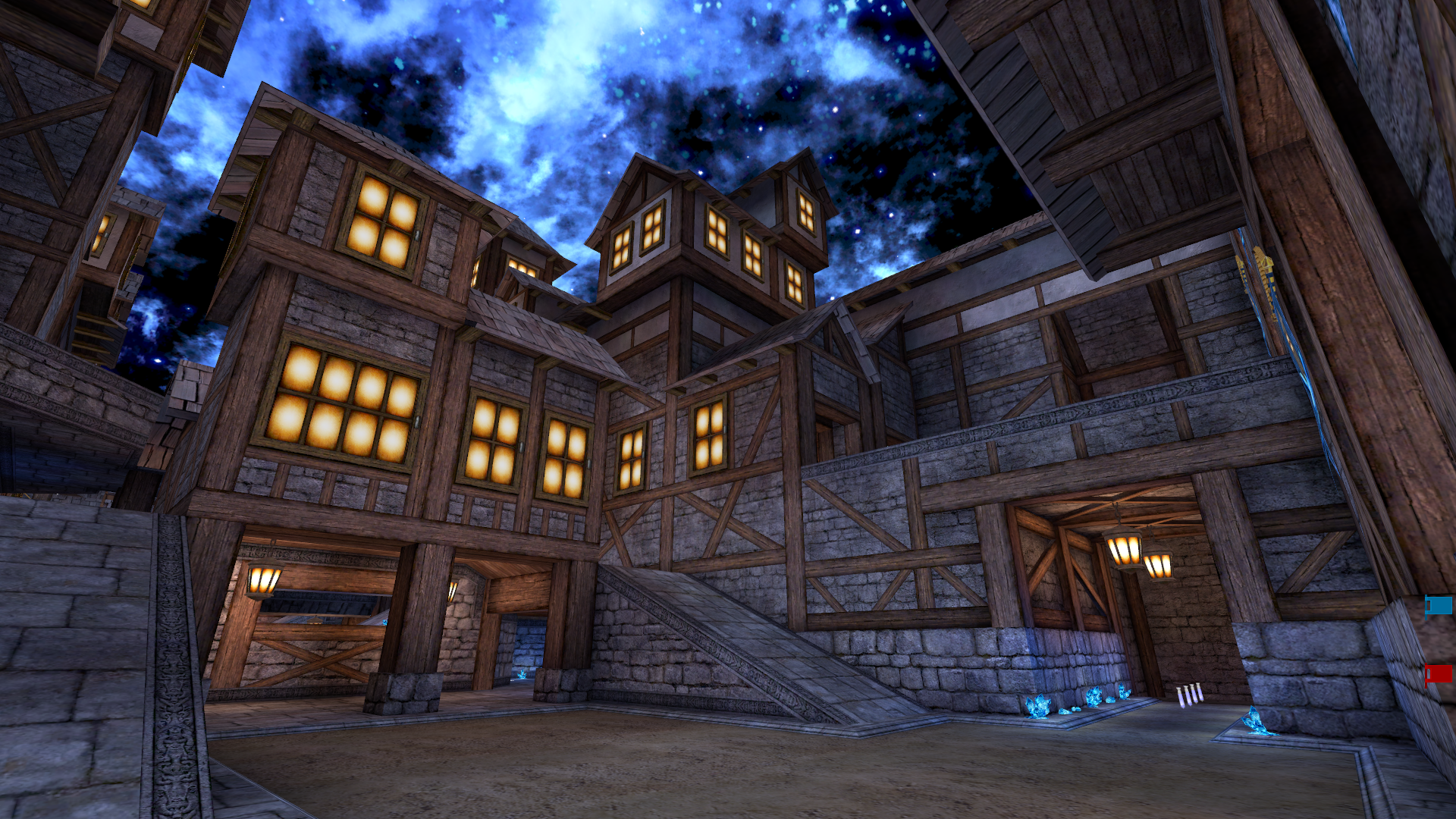 If yes, expect them to be reused maybe by me... it looks awesome.

I want to live there.

Well, I'm still packing the textures altogether, not sure if hopes are lost at this point lol.

Couldn't manage to pack, here's the unpacked stuff:
You do not have the required permissions to view the files attached to this post.
Last edited by PrinceOfFunky on Sun Dec 19, 2021 1:17 am, edited 2 times in total.
"Your stuff is known to be buggy and unfinished/not properly tested"
Top

PrinceOfFunky wrote: ↑Sun Dec 19, 2021 1:02 am Well, I'm still packing the textures altogether, not sure if hopes are lost at this point lol.

I made the same mistake and corrected it ...keep your discussions here please.
The other thread is for submissions only.
-=: https://joker-seqartist.tumblr.com/ :=-